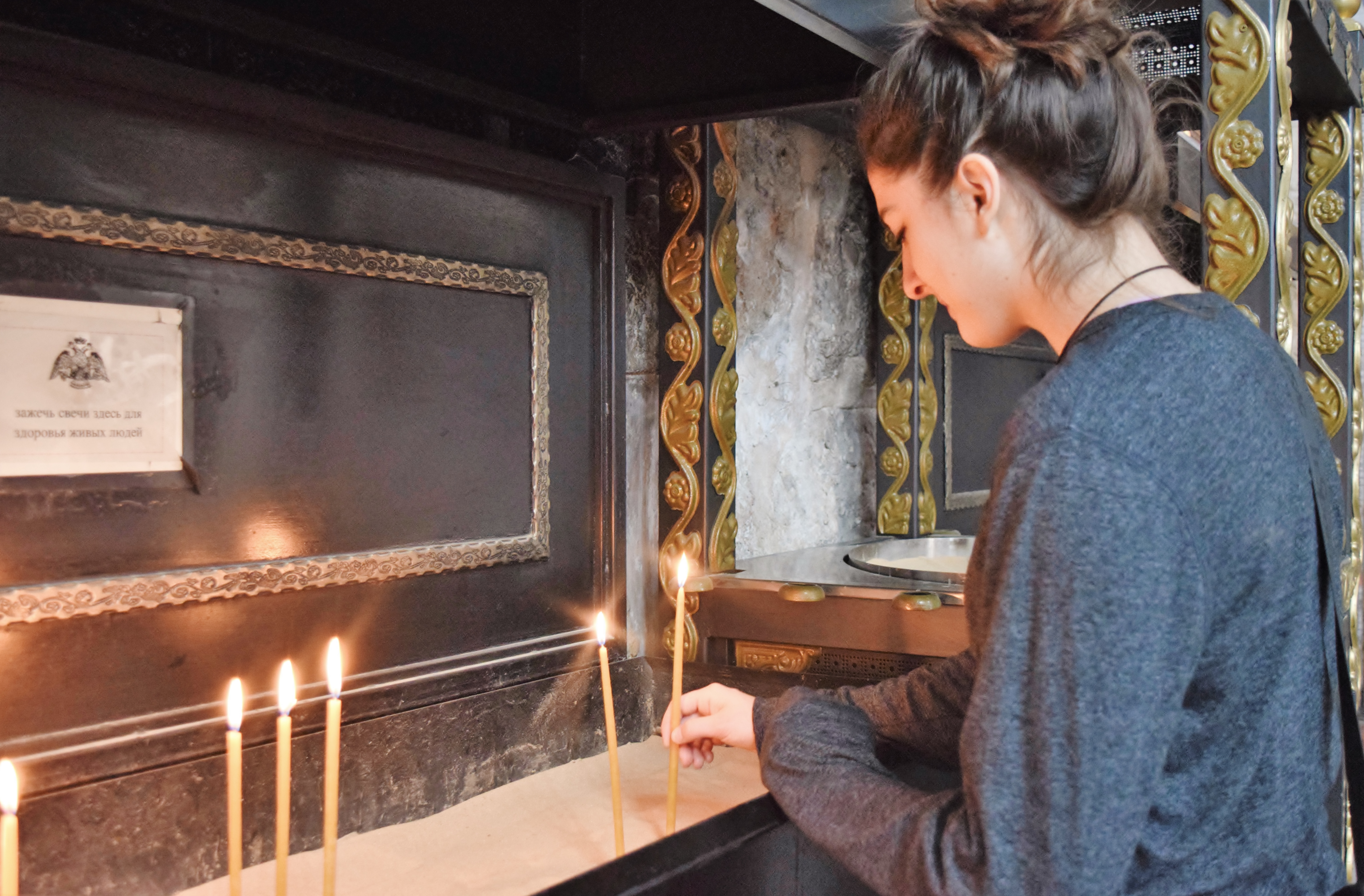 Boy oh boy it’s Wednesday, and in Lent that means Presanctified (AKA: the greatest church service of all time).

In my opinion, Presanctified is one of the most powerful and moving services we have in the Orthodox Church. If you’ve never been, your church likely has it on either Wednesday or Friday throughout the Lenten season. If you check their website/calendar, call your priest, or ask him next time you’re there on Sunday, it’s usually far enough in the evening that it can fit within college schedules.

Part of the Lenten effort is fasting–that’s the most well-known. But it isn’t the whole kit and caboodle–there’s more to it than just that. We can’t spend Lent sinning the same way we’ve been sinning, saying the same prayers with the same frequency, attending the same services at the same times, but just eat less meat and then expect to be different. It isn’t as simple as that, as easy as that.

The Lenten effort is a frontal assault, a full-bodied push. We’re preparing for the Resurrection, for our Salvation. We can’t leave a stone unturned, a stop unpulled. This is go time.

The next step is to say, “When there is church, I will go.” One of the best ways you can communicate value is through making sacrifices: when you stop doing homework to help a friend, you’re demonstrating that you value their well-being over finishing your workload; when you sleep, go out for dinner, or do homework over attending church, you’re demonstrating that you value those things over church attendance. Now, there are services almost every day at my parish, and I don’t nearly make it to all of them. It’s infeasible. I wouldn’t be able to get all of my schoolwork done/get enough sleep. I couldn’t live that way eternally. Eventually I would have to drop out or die.

That’s a life out of balance, and I’d never recommend that. But I would recommend gaining awareness and assuming responsibility for our choices, and thereby our sacrifices. Undoubtedly, it is difficult to say, “I am currently totally overwhelmed with schoolwork and finals and other, worthy responsibilities, but I’m just going to shirk all of that and go to church.” But it is far easier to say, “The sacrifices I make communicate my values. Because I know this, I chose to go to church this week, on this day, at this time, no matter how stressed out I feel.” By preemptively making the decision, we can base it on the immutable values we know to be true over time, not the fickle feelings of the moment.

We can never step away from being ourselves. It is an incredible onus to bear. Never can we say, “Yes, I made that choice, but that’s not representative of me.” We can say, “I made that choice, and it was a representation of me at that time, but I have changed, I have repented since then.” But we can’t check out from who we are. If we are an Orthodox Christian, we attend church, we value church. We show up to the plate.

We can never step away from being ourselves.

And don’t get me wrong, that can be a very difficult plate up to which we can show. Church can unsettle us, throw us out of balance, make us feel guilty about what we’re doing, the sacrifices we’re making and the sacrifices we aren’t.

But it should. That’s a good thing. That’s our litmus check, our stock count. It gives us the opportunity to reflect on what we’ve done through a clear, unwavering, Orthodox Christian lens.

Part of the Lenten effort is fasting, and every meal we are presented with a choice, an opportunity to make a sacrifice and communicate value. But the Lenten effort doesn’t end there: it asks us for entirely ourselves. Give what you can; to each his own. But understand that when you give and when you keep, when you sacrifice for this and when you sacrifice for that, you are representing yourself: you are a representative of the parents who raised you, the company you keep, the university you attend, and the church to which you belong, and the God who created you.

You are an exemplar, a model. Of what you are a model, the choice is yours.