Included in the Chapter Toolkit:

Created for advisors and student leaders to plan a spiritually-enriching year that prioritizes the health and well-being of students, parishes, and campus communities.

Dating Advice, Orthodox Style
How to Read the Bible & Where to Start
Four Saints Who Struggled with Lust
Five Minute Church History Lesson
Icons Are Not Idols Other Resources for Discussion 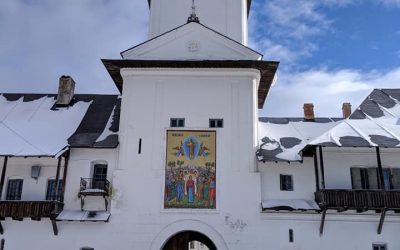 Real Break Now: How it came to be. How it’s going. How to be the church in the world.

After serving in Romania on Real Break 2020, I applied to be Real Break Student Leader for the Orthodox Christian Fellowship. I wanted to help create other service opportunities for students. What a whirlwind of a year! Back in early Fall 2020, we did not know how long the Pandemic would last (2 weeks, until Pascha, two semesters, a year?). We kept running into barriers in planning. We did our best trying to navigate traveling precautions as well as most schools canceling their spring breaks. As the year progressed it became obvious that a traditional Real Break would not happen. To be completely honest, this was frustrating and disappointing. I found myself nervous that I would not be able to do the work of my position on the Student Leadership Board. However trying this time was, it was fruitful nonetheless!

END_OF_DOCUMENT_TOKEN_TO_BE_REPLACED 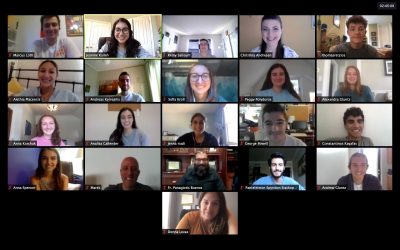 Unexpected Blessings on the Student Leadership Board

It’s that time of the year again — Student Leadership Board (SLB) applications are OPEN!

My name is Jeanine Kaileh and I have served as the Southwest Regional Student Leader (RSL) on the SLB for 2 years, and I’ll be serving as SLB Chairwoman for the upcoming academic year!

In April 2019, I was volun-told by two friends of mine to apply for the Southwest RSL position. I did not know much about what I was getting myself into, but I did know that it was for the Church, and that in itself is what drew me to apply. During that summer, I met with a few SLB members to discuss our upcoming year, gaining a better sense of what being on the SLB entailed. It was not until the Summer Leadership Institute (SLI) in August 2019, that I fully understood what my responsibilities and expectations were. After two years (and moving onwards with a third year), I can confidently say that applying without fully knowing what was going to happen was one of the greatest, most unexpected blessings of my life.

END_OF_DOCUMENT_TOKEN_TO_BE_REPLACED 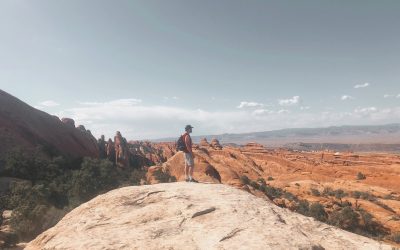 St. Seraphim of Sarov tells us “Acquire the spirit of peace and a thousand souls around you will be saved”

Practicing the faith is showing up for the practices and through these things becoming a source of harmony for the world and love for the people around us. Before we start this time of preparation let us first find ways to practice peace. Host a Day of Light

A guide for Orthodox Christian College students to live better in body, mind, community, and spirit–the Holistic Living Guide includes articles, journal topics, and activities you can explore on your own or as a chapter! Situated at the beginning of the school year, Orthdodox Awareness Month is a time that the members of your OCF chapter can devote to both examining aspects of the Faith they wish to develop, and to being a witness to the faith on their campus. In our daily life it is important that we grow in understanding our faith, and are knowledgeable representatives of our faith when people have questions or want to learn more. This is also a good time to revisit complicated topics within the church, or even the basics, which some may have forgotten. All and all it’s a wonderful way to start off the year on the right foot as a strong, connected OCF!

Are you stuck with the same three meal ideas for fasting? Check out the OCF cookbook and try to make a few new recipes. Maybe start a Lenten Potluck with your chapter.

Check Out the OCF Lenten Cookbook

There’s a Saint for That

Get to know the saints and discover how they can intercede for us.

There's a Saint for That Talk with OCF Alumni on different topics. Join us for these LIVE interviews with OCF alumni and get your questions answered!