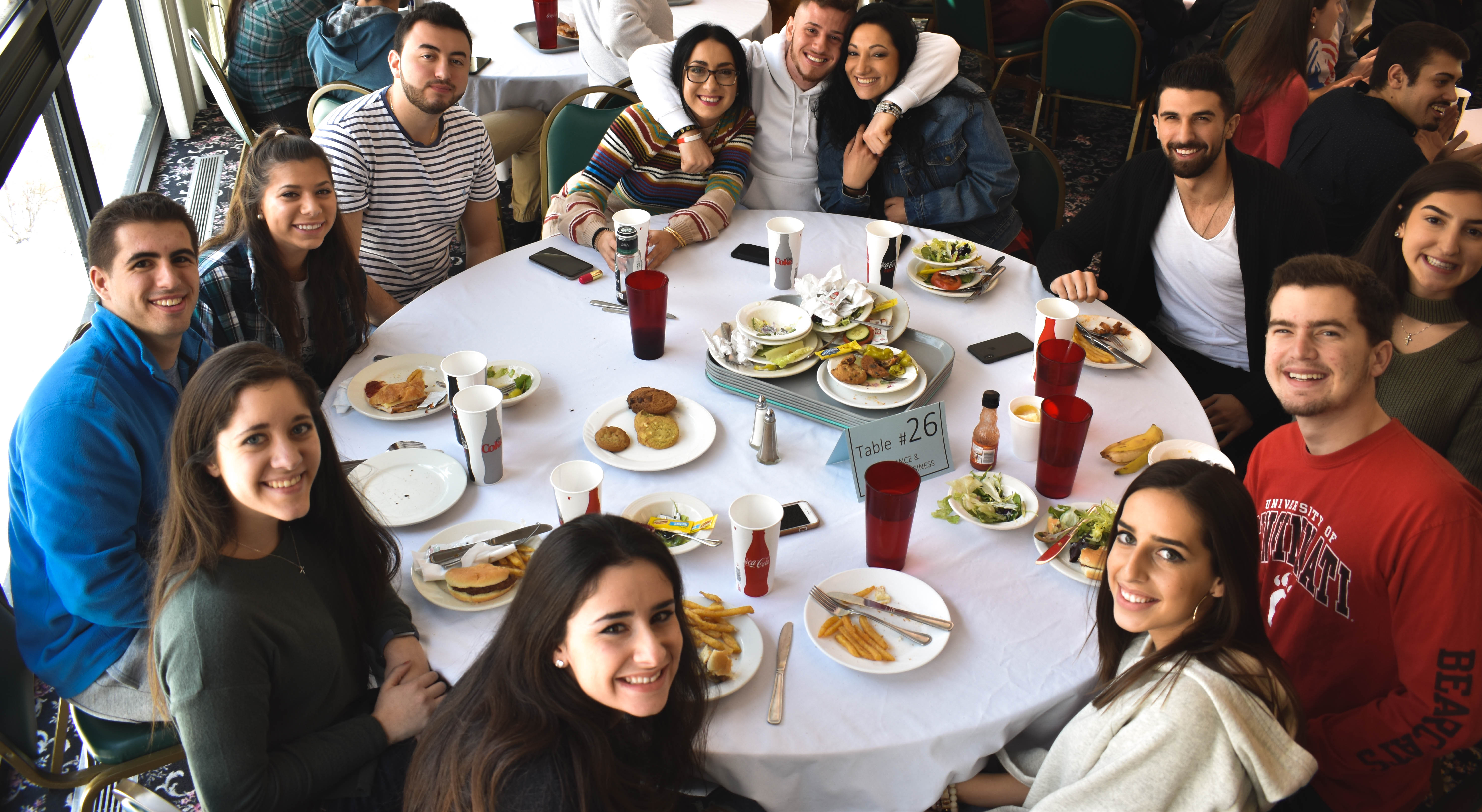 It was supposed to be my third College Conference in a row.

And, I mean, it was. I was technically at the Antiochian Village, with other college students, during the conference. However, I spent most of it holed up in my dark room, feeling like garbage.

Pro tip: if you want to enjoy an OCF event, do not get sick.

Let’s take something solid out of a situation that involved some major headaches, at least five boxes of tissues, and a metric ton of green tea: I can now write a reflection for you about what it’s like to not go to College Conference. I’m sure you know what it’s like to have all of your friends hanging out without you, because you’re super cool. But I had buddies back at the conference I hadn’t seen in upwards of two years, and all of the shenanigans into which we would usually get, they enjoyed without me. That, obviously, was not very fun.

One of the greatest aspects of College Conference is meal time, in my opinion, because you sit in little eight-seat nuclei scattered across the room and just chill. Some meals you’re sitting with all the people you know and the people they know, reminiscing and inside-joking and the like; other meals you’re with seven folks you’ve never met before, and you’re bonding and laughing and it’s all goodness.

It’s very common, in my opinion, for someone to hear about College Conference for the first time–small groups, keynote speaker, workshops speakers, church and more church–and miss that. They miss not only the big chunks of social time built into the schedule, but also that marginal social time that’s just as enjoyable. I also missed the time, mostly because I was gross and food tasted gross, but the point still stands: I missed that wonderful, carefree, responsibility-less time with friends. If you didn’t make it to college conference, you missed it as well.

Missing the speakers wasn’t something I anticipated hitting me as hard as it did, but here we are. I’ve always loved the speakers, but it felt like my takeaways were only a few quick quotes and maybe some general themes. I wish I’d take away more, but often that’s all I get.

At least, I felt as if that was all I got.

Having missed a solid amount of the talks, I’ve discovered that the talks do a lot more for the listener than providing information. In fact, I’d argue that the content of the talks isn’t so much meant to be remembered–rather, it’s the engagement with the material that’s truly valuable. It’s not about knowing what was said, but rather hearing what’s said and interacting with it; listening attentively; bringing the focus of our mind to a higher plane that it would otherwise be.

I think about what we hear before the Gospel during liturgy: “Let us attend!” But after the Gospel, we don’t hear “Make sure you remember what just happened!” Then we get the sermon, which doesn’t reiterate the Gospel to ensure we remember it, but helps us engage with the readings through interpretations, stories of the church fathers, and the like.

I missed the mental work of being in the talks; of being forced to think of bigger and better things. Admittedly, I could have done a far better job with this in my little room at the conference center–sitting in silence and being still. However, I was sick and grumpy, so I watched a lot of Netflix and found other ways to busy myself instead.

With my cold, I was far too self-pitying to find meditative silence; at home, not attending the conference, I’m sure the madness of life would have stifled me just as effectively.

If you went to College Conference, awesome. I hope you didn’t take for granted all the stuff I was sorely missing this year. It’s a holy time, that blesses us with many gifts–some we recognize; some we don’t.

If you didn’t go to College Conference this year–like me–you missed out. But I won’t be making the same mistake next winter break; and I hope you don’t, either.