Feast of Saint Herman | Relating to the Saints 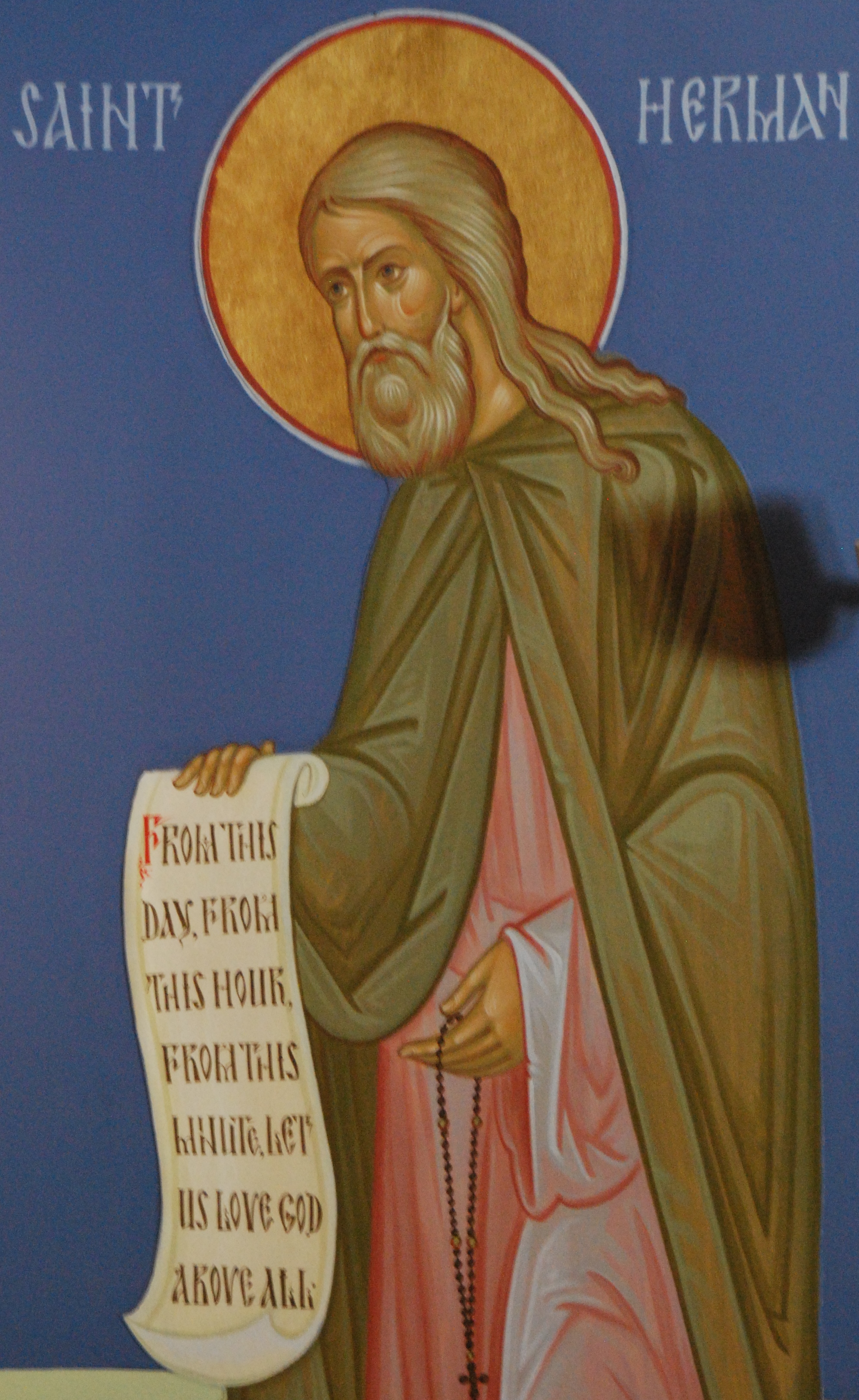 A blessed feast of Saint Herman to you all!

One of my favorite things about December is the feasts of the saints. In my OCA church populated by Russians, Saint Nicholas Day on December 6th is a cups hand to microphone big deal. One week later, on December 13th, we have the feast of Saint Herman–and we’re blessed to have his relics in my parish.

It’s such a great blessing to have these feast days in the month of December–not only because they give me a few extra liturgies in my familiar home parish, but because they help us prepare us for the Nativity of our Lord.

But standing in church, specifically today, on the feast of Saint Herman, reminds me how important it is to cultivate a relationship with the saints… By Ted (St. Herman of Alaska) via Wikimedia Commons

…aaand how much I struggle with that.

Developing that conversation with the saints has always been such a great struggle of mine–if you haven’t experienced that, that’s a blessing in and of itself. I think it requires good humility to develop that relationship with the saints, and humility is something with which I certainly struggle.

A relationship with the saints immediately implies a need for help–a need that I undeniably have, but continuously endeavor to deny. Often, my approach to the saints reminds me of my father trying to fix the plumbing when I was kid: he didn’t really have any idea what he was doing, but he was going to figure it out on his own. Forget actually calling a plumber–even YouTube was too great of a crutch. He was smarter than the pipes.

Saints have figured it out. Saints know what’s up. Saints have the blueprint.

But a prideful mind insists that taking someone else’s blueprint is cheating; is a falsehood. It pokes holes in each saint story: take Saint Herman, who was a young, promising monk whose ideal life ended up leading him to a remote island in Alaska–that doesn’t feel very analogous to my life at all. Or Saint Nicholas, who was out punching heretics and sneaking bags of gold into people’s boots. Don’t get me wrong, I’m down to punch a heretic, I just think I might get arrested afterward, and my mom would be so mad…

But this is where we get fooled by the blueprint metaphor. The saints’ lives aren’t put before us so that we can do what they did, like robots learning a code; mimicking their every action like a step-by-step instruction set for Heaven entry and eternal rejoicing. The saints’ lives don’t show us the “what”–they don’t even show us the “how,” really. They show us what happens when you firmly, unflinchingly, devotedly believe in the “why.”

Again, action without intention is animatronic. There is no value in doing exactly what the saints did because you want the results they achieved. That’s not to say we can’t employ the strategies of the saints, learn lessons from their examples–but to assume the saints drew a map to the Kingdom is a mistake.

The saints lived lives fueled by their love for Christ. And because each saint followed different paths (St. Herman from the monastery, St. Elizabeth from royalty, St. Moses the Black from crime, St. Mary of Egypt from prostitution), we know it isn’t about the exact minutiae of their lives. It’s about that one thing that was common between them all: the love for Christ.

As such, if we struggle to relate with one unique saint, maybe that’s okay. But if we struggle relating to at least one of the vast numbers of saints–a demographic defined by their common love for Christ–then it is certainly time to look inward.

Thank God for the lives of the saints, given to us by the Church as examples of faith in all of its forms. Thank God that we have the opportunity to investigate, participate in that depth of faith. No matter how we may struggle to form that relationship with the saints, we must recognize that they are the men and women who loved Christ harder than anyone else. If that is truly our goal, then these are our allies, our mentors, and our guides. We do not wish to become them; we wish to become like them.