Harry Potter and the Fight Between Good and Evil 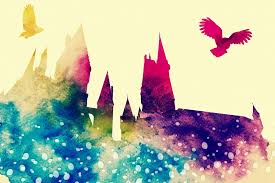 A photographer can make an ordinary scene extraordinary, because they have an eye trained to see beauty. The beauty of Orthodoxy can be seen in the seemingly disconnected pieces of arts and culture. Some people consider the Harry Potter series to be inconsistent with Christianity because of their themes of witchcraft and violence, but in my opinion, the books happen to be very Orthodox in nature. The main premise of the book is the classic archetype of good versus evil. However, J.K. Rowling is genius in her analysis and understanding of where ultimate good and ultimate evil come from. Harry is the symbol of ultimate good whereas his counterpart, Voldemort (or He-Who-Must-Not-Be-Named for the more squeamish) symbolizes and commits acts of ultimate evil.

The two are inextricably linked but fundamentally opposed. This imagery parallels the imagery of passions. Human passions and virtues are two sides of the same coin. For example, the passion of pride and the virtue of humility both involve the perception of the self, one being a twisted over-inflation rooted in self-love and the other being a deep, truthful self-knowledge based in love of others respectively. Harry and Voldemort are both inextricably linked and even spiritually linked, but they fundamentally differ in one aspect: LOVE.

Harry Potter was able to love, and that was the source of his goodness. Voldemort was physically incapable of love and that inspired his evil. There’s the Orthodoxy, the basis of all good is Love, and in turn, God!

Harry Potter is born into a life of sacrificial love and is magically protected for years by the sheer power that his mother’s sacrifice provided for him. She commits the ultimate sacrifice and in that, surrounds Harry in her love and protects him from harm. Think of the power in Christ’s sacrifice and resurrection. His sacrifical love destroys even death itself. There is a God-given power in self-sacrifice that literarily manifests itself into a powerful force in a magical dimension.

Voldermort on the other hand, turns to dark magic in a desperate and contorted attempt at self-preservation. He splits his soul seven times and in the process, loses his humanity in his hubris. Voldemort loses his personhood because he engulfs himself in sin and is unable to love.

Harry had guidance and care from a more experienced and wise wizard, Albus Dumbledore. Dumbledore guided Harry in his pursuit of conquest against Voldemort and his associates. Dumbledore is like Harry’s spiritual father, guiding him and helping him minimize foreseeable obstacles. However, Dumbledore is not perfect, because he too, is human.

Harry finds familial love with his best friends, Ron and Hermoine. They never leave his side, are not afraid to tell him the truth, and fully support him in his endeavor. Harry loves them and fights hard for them against all odds.

Harry is victorious in his battle against evil because of one thing: his self sacrifice. In love, Harry voluntarily gives up his life for the lives of others, and in that, actually receives new life. In the story, he literally comes back from the dead from his self-sacrifice and that allows him to defeat Voldemort. Love is what the story boils down to, and we can use the story to better understand the power of love in an anecdotal way. But let’s turn back to The Book, the Bible, and its knowledge about love:

And so we know and rely on the love God has for us. God is love. Whoever lives in love lives in God, and God in them. – John 4:16

Understanding that God has infinite love for us, and living it are two different things. How can we really live in God? It all starts with habits. The church fathers prescribe three things to help us develop a spiritual life and allow the Holy spirit come into our souls. Those three things are: prayer, fasting and almsgiving. When we pray we talk to God, and we build our relationship. When we fast we work on our commitment to God and our spiritual strength. And when we give out alms, we participate in God’s love by sharing it with other people. These are the starting suggestion for living in love and living in God. Living in love begins when we begin to see God in our relationships with other people. Harry Potter was good at understanding the sacrificial love that his friends and family exemplified. Harry, despite all odds, growing up in an awful household still finds the strength to live in love, and that becomes his source of strength.

Harry Potter wasn’t perfect. He was able to love and be loved and despite his weaknesses he was strong. For us, God is our source of strength and when we love, we are strengthened by His mercy. I challenge you to see how in our world, goodness comes from love and evil comes from the lack of it. If someone committing an act of violence truly loved the other person, would they dare touch a finger to the other person?

The next time you find yourself in a fight against evil, there is no need to fear, because if you are focused on Christ’s love, He will grant you the strength to defeat it! Live in love, and God will live in you.