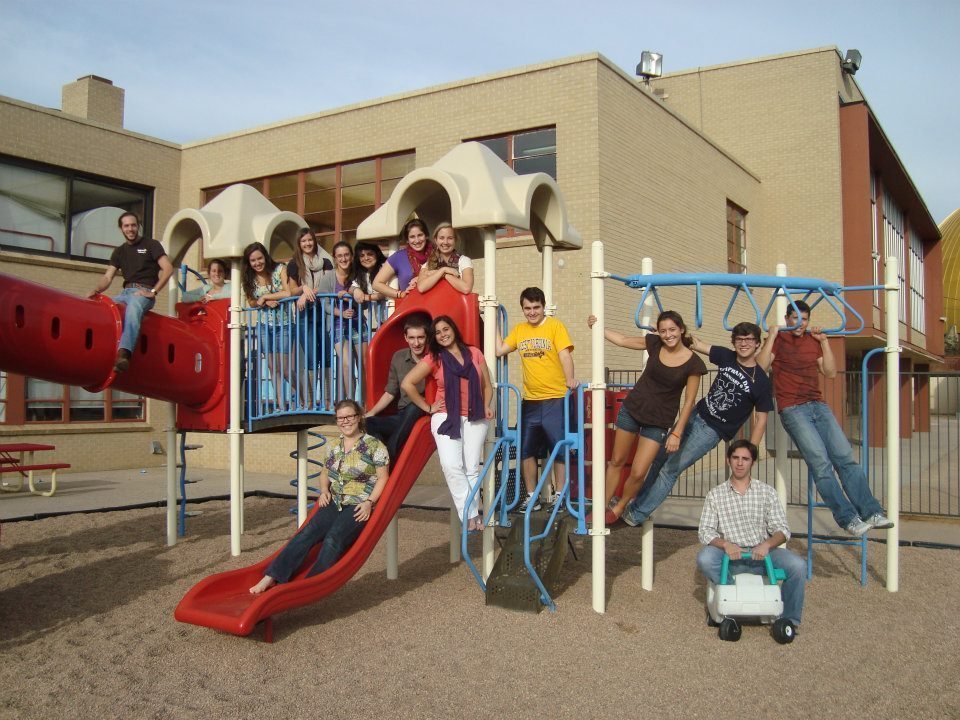 Strangers from distant lands, friends of old, you have been summoned to answer to the threat of Mordor. Middle-Earth stands on the brink of destruction. None can escape it. You will unite or you will fall.

The chairman of the OCF Student Advisory Board began our first meeting with those words… or something like that. The year was 2011. I was a junior at WVU studying electrical engineering. During the College Conference of 2010, a bug was placed in my ear to apply to the Student Advisory Board (SAB) as the Regional Representative of the Mid-Atlantic Region. The bug succeeded in making me think it was my idea, and so I applied and was offered the position.

Obviously, I saw the opportunity to add another impressive line to my resume, but beyond that (and also more importantly), I was blessed to meet and work with other young leaders in the OCF community. My job was fairly simple. There existed a database with all the known OCF chapters in North America. This list includes student leaders, clerical and layperson advisers contact information. ‘Twas a truly legendary list. It was up to me to keep all the information for the Mid-Atlantic Region up-to-date throughout the year and to spend time organizing regional retreats in between the bigger College Conferences. Now, excuse me while I reflect on what you, the reader, are probably thinking. “That sounds like a lot of work for a student to undertake while trying to be a boss electrical engineer, whilst simultaneously channeling the spirits of Michael Faraday, Nikola Tesla, and Emperor Palpatine, all of which had an affinity for the manipulation of electrons. Oh, and also playing the violin” Yes, I’m sure you were thinking all of that. But here’s the thing, it might sound crazy, but it was a great break from the purely technical aspect of my engineering degree. Also, working on the SAB offered me a chance to visit places I had never been before. I traveled to Denver, Boston, and Baltimore, all for the first time on official OCF business. Official!

And, I got to work with the other members of the board. Imagine a group of young, passionate Orthodox college students who love people and serving others. Now, take that group and diversify it over jurisdiction, ethnicity, and gender and there’s a beautiful SAB. I know a few of the current SLB members personally (they changed the name from SAB to SLB. Long story.), and I can say that the gang is still the cream of the crop. In addition to friends, I gained valuable organizational, leadership, delegation, coloring, and karate skills. Because that’s what the ladies want. Skills.

Here I am, five years later…I lost my train of thought because I realized it’s been five years. I originally typed three years ago and had to walk away from typing this for a week, because I was in shock. Anyway, shock is over. Five years later, I’m working as an engineer for a great company, I’ve got some of the spunkiest roommates, and my friends are finer than all the treasures under the mountain in Erebor. I thank God for all that He has blessed me with, and especially my days as an ‘OCFer’.

Basil Dixon is a freelance writer for the OCF from Huntington, WV, currently residing in Pittsburgh’s own Little Italy, Bloomfield. After graduating from West Virginia University in 2013 with a bachelors degree in Electrical Engineering, he began his career working for Rolls-Royce where he consults electrical utilities regarding the various aspects of maintaining nuclear power plants. Basil’s other interests include post-liturgical Sunday brunch, singing in the two choirs at St. George Antiochian Orthodox Cathedral, all the stereotypical nerd movies and books (especially Star Wars), and plotting the domination of Western Pennsylvania with his truly exceptional friends and allies.