Orthodox Music: On Music and Silence 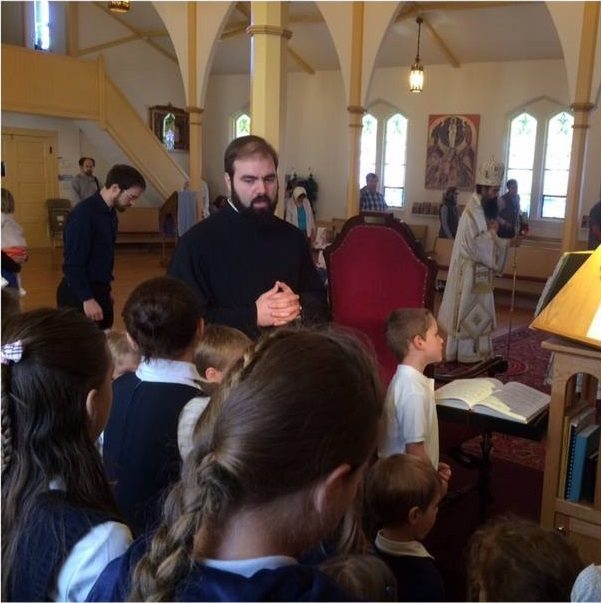 How can music improve our worship?

The reason I think this movie is relevant when talking about music and worship is that it offers a good analogy for the great variety of music that may be encountered in Orthodox worship–Arabic, Greek, Romanian, Georgian, Russian chant, etc. The chanting tradition in divine worship is shaped by its geographical context just as much as the musical context where it occurs–just like the Jesus Prayer. The desert, the waters, the woods, and the frost put a charming seal on chanting. What sounds good to the Greek ear will sound exotic to the Russian as will the Arabic Byzantine Chant to the Romanian, for example. What binds all these traditions together is the unity of faith, the shared dogmas, history and belief in the Savior Jesus Christ.

These various chanting traditions originated in synagogal singing and developed simultaneously in connection with different centers like Constantinople, Antioch, Jerusalem, etc. When “imitating” the mother church became too difficult new chanting styles emerged most of the time taking the shape of the local musical traditions. Romanian chant is a good example in this regard. Historically close to the Byzantine Empire and having great relationship with Constantinople, the Romanian chant followed the tradition of Byzantium and even after it was conquered by the Ottoman Turks took pride in continuing its legacy. Well known church choirs in Romania still try to emulate it to this day. In the western part of the country however, in the territory that was under the Austro-Hungarian occupation, the Orthodox Church suffered acerbic persecution, and the people were cut off from their brothers in the principalities of Moldova and Walachia who continued to worship using Byzantine chant. In order to preserve their ancient faith and traditions the Romanians living in Transylvania used the local musical tradition in divine worship, resembling more and more folk music rather than Byzantine chanting.

The significance of music in worship is immense. St. Basil the Great considers music to be a vehicle of dogma, comparing it to the honey used by physicians to sweeten medicine that otherwise would be hard to swallow. Music draws people together in worship and can channel different feelings and emotions  delivering them prayerfully to Christ. It can also help you retain your spiritual identity as we saw it helped the Transylvanians.

Worship is the highest destination that music, as a vehicle, can reach. Silence and stillness are the opportunity to rejoice in God’s response. If a monk can silently pray in a cave on mount Sinai, you can loudly worship with psalms in a city church. This dialogue with God is vital, and it is just as important that we don’t allow our prayer ropes to stay idle in the urban “wilderness” as it is for Russian monk to work on his salvation while living on permafrost. Fr. Teodor Anastasoaie teaches at St. Herman of Alaska Christian School in Allston, MA serves at Holy Resurrection Orthodox Church which is part of the Bulgarian Diocese of USA, Canada and Australia and is passionate about Byzantine chant. He leads the Byzantine choir of the parish and is convinced that the best way to learn Byzantine chant is through increased participation in Church services.