Real Break Romania | Where You Meet Your Family 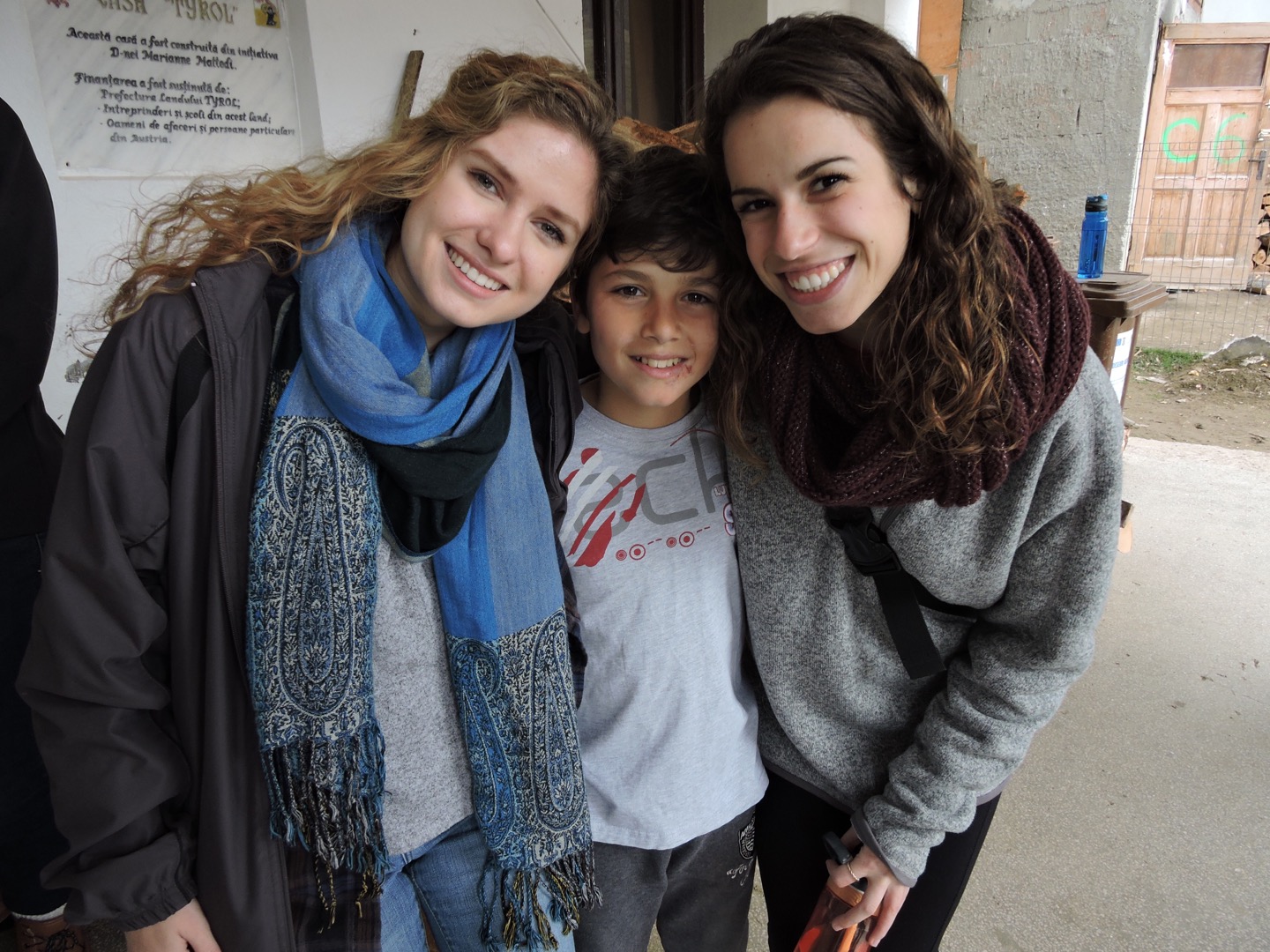 I remember when I was going on college visits with my dad, we would be sitting in info sessions, and no matter where we were, he would look on his phone to see where the nearest Greek Orthodox Church was. I always rolled my eyes at him.

The Orthodox Church played a big role in my life growing up, but I never realized how much of an impact it could have on my life going into the future. While I was at the University of Tulsa, there weren’t many Orthodox kids my age, and I didn’t really connect to the Orthodox Church there. My dad would get on to me for not getting more involved, and I would roll my eyes at him again.

It wasn’t until my senior year that I really connected to the Tulsa church.  I went on my first Real Break trip to Alaska, and after that incredible experience, I knew I had to do another trip. So this year I packed my bags and headed off to Romania.

If I could sum up three things that I’ve learned from Real Break Romania, these would be them:

1. If you allow it, God can use you do to some incredible things

We had the privilege to speak to Father Tenase, the priest who started Pro Vita Orphanage. It all started when they received one baby and went knocking on doors to see if anyone would take him, and now they provide a home for more than 400 people. During our daily debriefs with our group at the end of each night, we repeatedly referred to Father Tenase as a “firecracker” because his heart is so on fire to serve God and the community there. Whatever he feels called to do, he finds a way to get done and doesn’t ask questions. To sum it up, we all need to be like Father Tenase and go wholeheartedly towards what we are called to do. Be a firecracker.

2. The friendships you make are unlike any other.

There’s something about the relationships you build with someone who shares your faith that creates a special bond. At the end of the trip we weren’t just friends, but family. And I do mean that quite literally, because one of the girls I met for the first time before getting on the plane to Romania and I share the same extended relatives. So quite literally, you meet your family.

Last year I went on Real Break Alaska, and since that trip, we have been fortunate enough to have multiple reunions with most of the participants from all over the states. This year in Romania, I immediately became close to the participants I didn’t already know, and it was truly a blessing to both be reunited with old friends and make new friends so quickly, creating a new family. I fully expect our group to get together for reunions as well. I knew when we were going our separate ways in the airport it wasn’t “goodbye”; it was “see you later.”

3. God answers prayers and shows his love in unexpected ways.

Before going on this trip, I had asked God to teach me how to show love towards the kids and make a positive impact on their lives. Turns out, the exact opposite ended up happening. These kids poured out their love to me, and I learned so much just from being around them a short amount of time.

One child in particular stood out to me: Rares. He is so energetic and such a joy to be around. He’s an avid chanter at church and you could tell he was a leader in the community. Pro Vita puts an emphasis on family, so Rares would often say to me, “I love you, my sister,” out of the blue while walking around or just hanging out. I was truly touched that the kids considered us family when we had only been there a few days. On our last night in Romania, Rares changed my phone background to a picture of us together and then told me to wait where I was because he had to get something from his room for me. When he returned, he gave me a heart shaped pillow so I would always remember him. You better believe I didn’t just cry, I ugly cried when I had to say goodbye to him.

I learned so much – not only from Rares, but from all of the kids we met – about how to love other people and be a positive light even in the darkness. Kerri is originally from Little Rock, AR and is a recent graduate from the University of Tulsa. She attends Holy Trinity Greek Orthodox Church in Tulsa, OK, and when she’s not teaching Sunday school you can find her traveling, running, dancing, or eating ice cream.