This is a guest post from Thano Prokos, Great Lakes Regional Student Leader on the 2013-2014 Student Advisory Board. Thano is a junior at DePaul University, majoring in Secondary Education. This is his first year serving OCF on the SAB.

The Kontakion of the Life-Giving Spring reads,

O Lady graced by God,
you reward me by letting gush forth, beyond reason,
the ever-flowing waters of your grace from your perpetual Spring.
I entreat you, who bore the Logos, in a manner beyond comprehension,
to refresh me in your grace that I may cry out,
“Hail redemptive waters.” 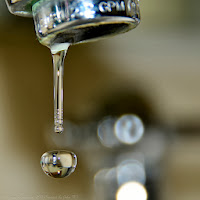 It’s really neat to think that Orthodoxy alludes to our lives as being like a spring, gushing forth the waters of God’s grace. But even as an Orthodox Christian deeply involved in OCF and other ministries, I often feel like my life is more of a leaky faucet than a spring. We live in a secular world, and God’s presence often goes unfelt. Drawing water to gush forth can be a vexing challenge.

The difficulty in finding spiritual inspiration and fulfillment often helps me identify with a lot of my atheist friends. I believe in God. I love my Orthodox roots, and my goal is to do His work, but sometimes I feel like a little “Keep going, Thano, you’re doing great!” from up above would be nice. When I find myself asking for that affirmation, and I don’t hear it, I start to wonder if the religious life is a life well-spent.

One of my all-time favorite musicians, Ezra Koenig of Vampire Weekend, expresses a similar sentiment to mine in a lot of his music. The chorus to the band’s song “Unbelievers” reminds me a lot of the Life-Giving Spring model. It goes like this:

I’m not excited [about God], but should I be?
Is this the fate that half of the world has planned for me?
I know I love you,
and you love the sea,
but what holy water contains a little drop, little drop for me?”

A prevalent theme in the band’s latest album is an honest desire to believe in God, but an ultimate inability to do so. “Unbelievers’” chorus demonstrates that Koenig isn’t full of the Orthodox understanding of spirituality; he gushes forth just a little drop. 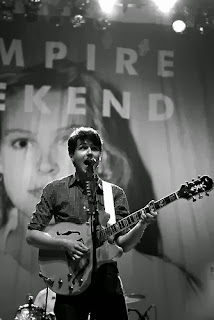 But why is this so? As he describes in the song “Ya Hey” it’s because God doesn’t make his presence prevalent enough. Koenig feels like God ought to blatantly reveal himself to us since so much of the world hates Him.

Oh sweet thing,
Zion doesn’t love you,
and Babylon don’t love you…
So I could never love you,
in spite of everything.

In the song’s reference to Moses, Koenig points out that God was never clear with humanity in telling us who He is.

Through the fire and through the flames
You won’t even say your name,
only “I am that I am.”

Clearly, Koenig feels that there’s a disconnect between the divine and the human, and as a result he’s decided that spirituality isn’t for him.

So, if you suffer from the same concern that Ezra Koenig and I have faced, you have to ask yourself this important question: How do I make God identifiable and real to me?

According to Fr. Stanley Harakas

, many in the early church blamed others’ lack of belief as a result of Christians inadequately embodying the characteristics of Christ. Orthodoxy also firmly holds onto the belief of Theosis: since we were created in the image and likeness of God, it’s our goal to eventually become god-like. Both of these ideas demonstrate that Orthodoxy teaches a very real connection between the divine and the human. If we need help making the concept of God real, then all we need to do is look at each other.

The struggle to connect with God is real for every type of Christian. Being presented with struggles in our faith often gives us the opportunity to better understand what we believe. Often faith leaves us with the false idea that we’re not supposed to see what we believe in; we’re just supposed to see it in a different way. I see who I believe in manifested in myself and everyone around me, and that is where I draw my spiritual fulfillment.