St. Nektarios of Aegina | There’s a Saint for That 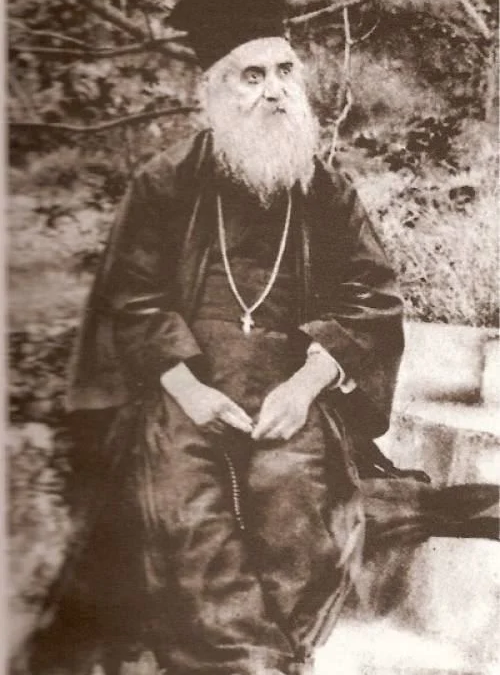 The Life of St. Nektarios

Anastasios Kephalas was born on October 1st, 1846, in Eastern Selyvria of Thrace (now Turkey). He was one of six children and grew up very poor, but his parents taught him from a young age to be a pious Orthodox Christian. After elementary school, he went to Constantinople with not a penny in his pocket with the hopes of earning some money to help his poverty stricken family. He was determined to study theology, a desire which stemmed from his growing love for Christ. He did not even have the money to buy a ticket for the boat ride but the sailors took pity on him and let him go. After arriving in Constantinople, he eventually found work in a factory with a tobacco merchant and earned barely enough money to feed himself, he could not even afford shoes. However, he found comfort with the lord and never cared about materialistic things. He wanted to write about his circumstances and send the letter to someone, and that someone became Jesus Christ. The letter said: “My little Christ, I do not have an apron or shoes. Please send them to me. You know how much I love you. Anastasios”. The envelope said “to the Lord Jesus Christ in Heaven”. A merchant who took the letter to mail it out saw what it said and, overcome with emotion, anonymously sent the boy money and advice on how to use it wisely.

In his young adult years, he became a monk. This was a dream come true to him because it allowed him to study the scriptures more than ever before. He fasted and prayed daily, many nights he did not sleep and just prayed until sunrise and then prayed the eternity of the next day. He was eventually ordained a deacon due to his holiness and given the name “Nektarios”. The uncle of one of the sailors from the boat many years ago, John Horemis, who was touched by the young boy, paid for him to further his studies in Athens. He then went to Alexandria, Egypt where he became very close with the Patriarch Sophronios. After furthering his education he was ordained priest, then Metropolitan of Pentapolis and eventually secretary to the Patriarch.

The holiness which radiated from the Saint in every encounter he had resulted in him being adored by everyone. He touched the lives of everyone he came across and was known for his kindness and pureness, especially to those in poverty/homeless. It is said people were drawn to him like a magnet. This led to the bishops and higher clergy to slander his name and convince the Patriarch to write a letter of suspension from the Metropolis. Saint Nektarios never tried to defend himself, instead, he prayed to the Lord and trusted his will. People became very angry and upset at the treatment he was facing and he would instruct them to remain calm and keep their faith. He eventually left very secretly for Athens to avoid any uproar. Those who committed slander against him wrote many letters to influential people in Greece saying his good virtues and kindness was all an act and he was never genuine.

Once in Athens he was refused a position in the Church of Greece by the state and Church authorities. At some point, the best and practically only option was to go to Mount Athos where he would at least have food and shelter, but he refused because he wanted to stay and help others more so than himself. He was eventually appointed a preacher by the Minister of Religion, despite this being a huge step down from his former position, he was never embarrassed to have this position. Throughout all of this, the Saint prayed for those who persecuted him and never questioned God’s will or became angry. There were a few people who came to realize the Saint was truly a good man and had been falsely accused. Their good influence led him to be appointed as dean of the Rizarios Seminary in Athens. Despite his role in the administration, he still lived as a monk with constant prayer, meditation, fasting, and ascesis.

Saint Nektarios decided he wanted to eventually leave the loud and noisy world and retreat to a place where he could just pray and enjoy the silence. He had a few spiritual daughters who wished to become nuns and together they founded a small  monastery on the island of Aegina where he retired in 1908. He had also founded a small church which was once a monastery dedicated to the Holy Trinity. The Saint would say to the nuns: “I am building a lighthouse for you, and God will put a light in it that shall shine unto the breadth and length of the whole world. Many shall see the light and come here to Aegina.” But the nuns could not understand what he was trying to tell them. It was only after the recovery of his holy relics and miracles that he began working in such abundance that they understood. He meant that his way of life, his very holy body, were the lighthouse, and if God pleased He would send his light, and it would shine throughout. Thus the words which the Saint used to say to them have been fulfilled.

Saint Nektarios often preferred to be alone only with the company of the saints and the Virgin Mary, they often appeared to him during liturgy or in his cell. After the first World War he taught his nuns to always rely on God and never keep any food in storage for themselves and give everything to the poor. He was eventually overcome with illness (cystitis) and relied on Christ through it all and never complained. He even thanked God for putting him to the test just like he did when he was faced with slander. There was a paralyzed man in the bed next to him and when he finally gave up his spirit his sweater was removed and placed on the paralyzed man’s bed and almost immediately he rose and began walking, all while glorifying God. They took his body to Aegina where they gave him a simple burial at the Convent of the Holy Trinity.

Many people saw Saint Nektarios as a Saint during his lifetime because of his humility, miracles, great virtues and purity he constantly upheld. His relics were removed from the grave in September of 1953 and exuded a beautiful fragrance. However, it was not until April 20, 1961, that he was recognized a Saint by the Ecumenical Patriarchate of Constantinople. Since then, thousands of miracles have been attributed to his intercession, especially in cases of cancer or serious illness being cured. In 1998, the Patriarchate of Alexandria released an official apology statement on behalf of their predecessors who mistreated the Saint.

● His best friend and co-confessor was Saint Savva of Kalymnos (who painted the first icon of Saint Nektarios)
● He is the author of the renowned hymn, “Agni Parthene/O Pure Virgin” to the Holy Mother
● His body smelled of fragrance so strong when he died, nothing they did would get rid of it
● He was the most popular confessor in Greece at his time
● He is the author of many writings on ethics, Church history, and theology

A prayer to the Virgin Mary by Saint Nektarios

Take away from me, O Virgin, the fetters of sin,
Of my lusts and other transgressions: the terrible carelessness and the overcaring, the evil curiosity and the talkativeness, the useless incontinence and the haughtiness, the negligence, the drunkenness and the lack of mercy, the bad desires, the terrible impurity, the extravagance, the darkness, the great insensitivity. Take away the tendency to say jokes, the enjoyment, the prodigality. The laughter of immorality and every evil. Give me, O maiden, fasting, carefulness, vigilance and perfect obedience. Give me carefulness in all and acute discernment, silence, order and holy patience. Grant to me O Lady, eagerness to work and to attain my perfection, and zeal for virtues and exercise. Keep, O most- Holy One, my soul, my heart and my mind and guard it in virginity.

O faithful, let us honor Nectarios, divine servant of Christ, offspring of Silivria
and guardian of Aegina, who in these latter years was manifested as the true friend of
virtue. All manner of healing wells forth for those who in piety cry out, “Glory to
Christ who glorified you; glory to Him who, through you, wrought wonders; glory to
Him who, through you, works healing for all.”

“In joy of heart let us hymn with songs the newly revealed star of Orthodoxy,
the newly erected bulwark of the Church; for, glorified by the activity of the Spirit, he
poureth forth the abundant grace of healing upon those who cry: Rejoice, O Father
Nektarios, model of patience and lover of virtue.”