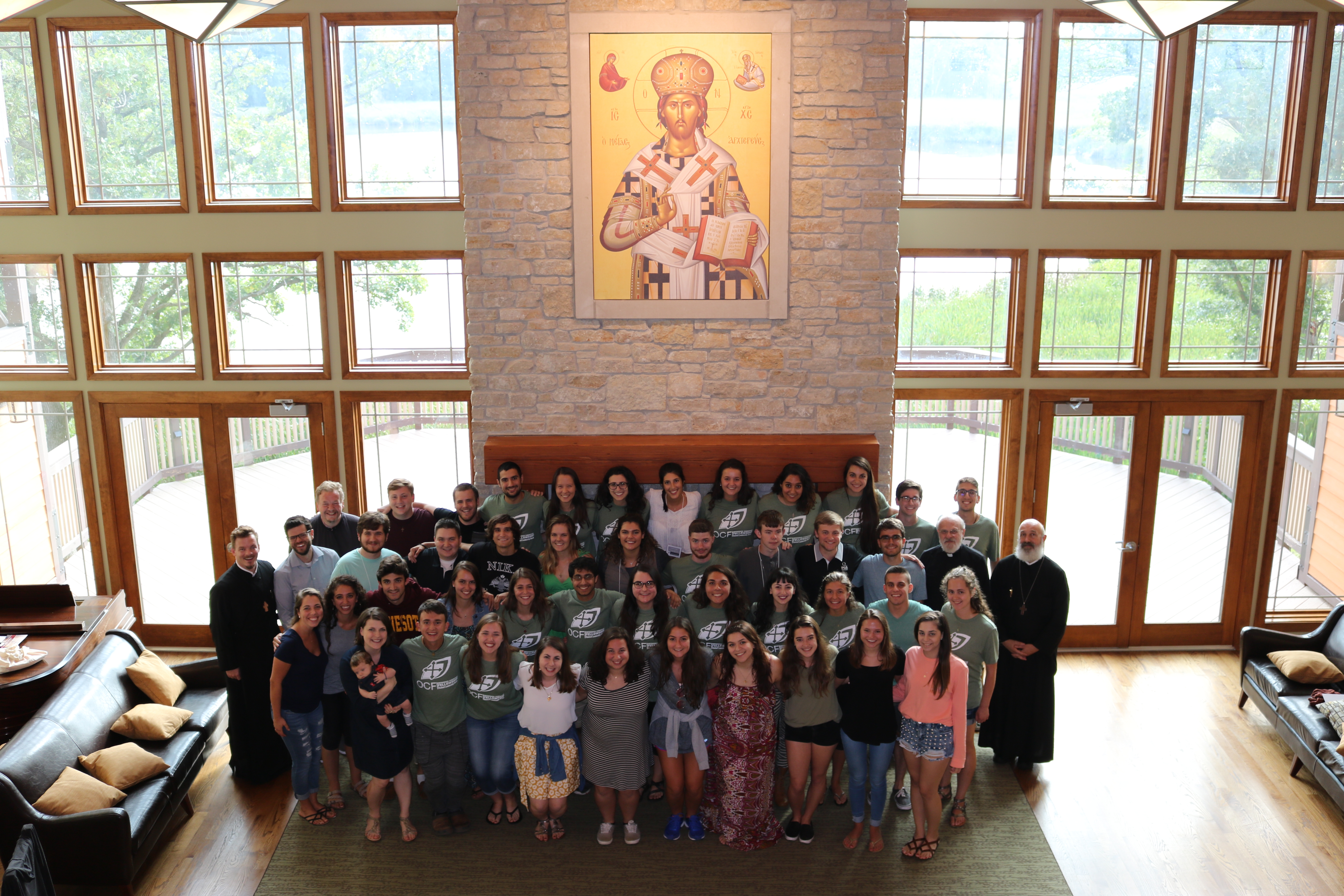 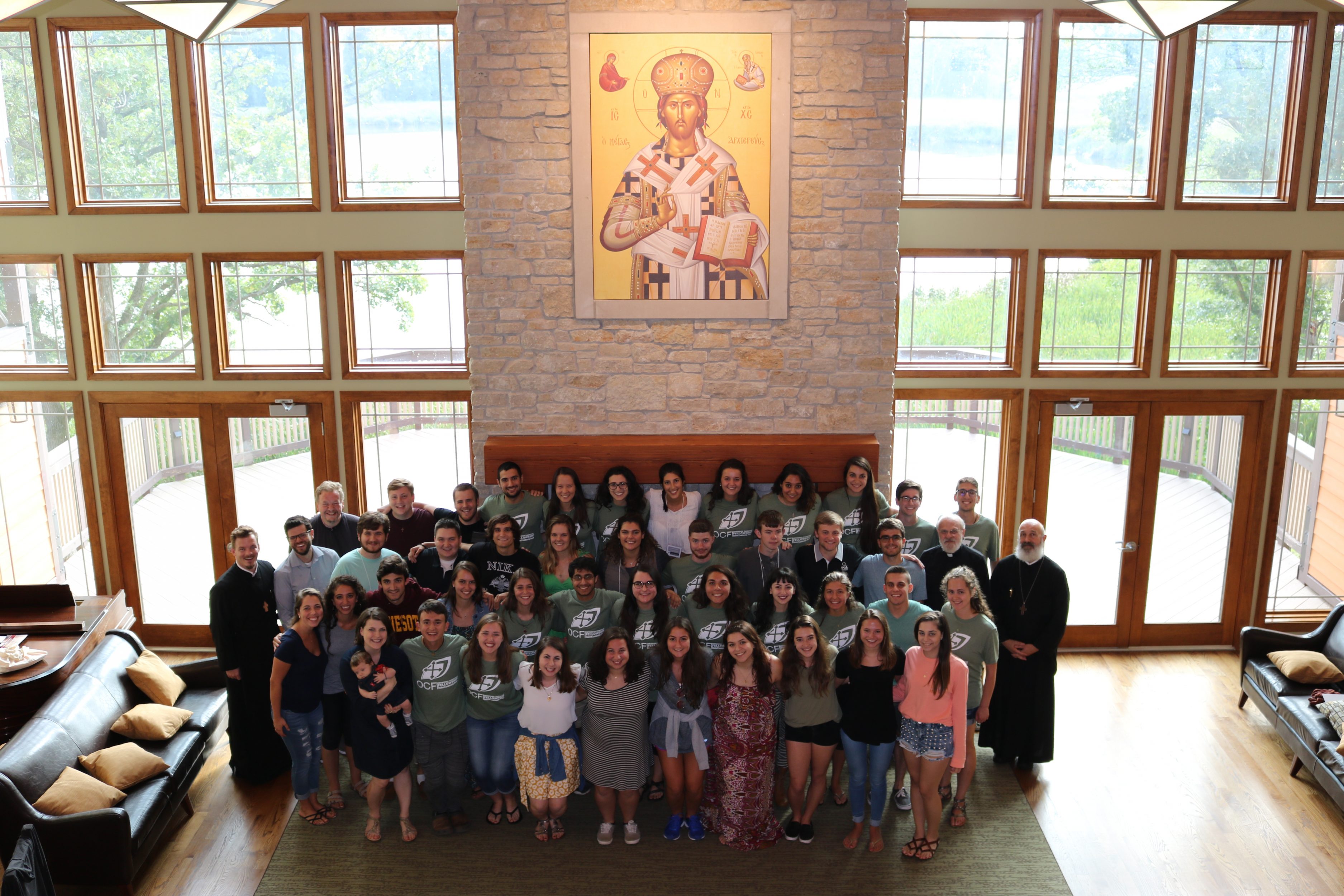 I’m fortunate to have the perspective on SLI that I do. Last year, in 2016, it was hosted for the first time at St. Iakavos Retreat Center in Kenosha, WI (10/10, currently recommending to friends)–but it was a closed retreat. Only the Student Leadership Board (SLB) attended, and the entirety of the retreat was geared on preparing those students for their distinct roles, as Northwest Regional Leader or Real Break Student Leader or Publications Student Leader (hi that’s me), and for their collective role, as young leaders in OCF and in the church.

This summer, in 2017, SLI changed. It became a two-pronged effort–the first prong remained the same, in that only the SLB attended the first portion of the retreat and participated in the same events as last year. The second half of the retreat, however, was open to the whole of OCF. The keynote speaker, the workshops, the skills training, the worship opportunities, the fellowship–all of the pieces that make an OCF retreat so special–were extended to everyone.

The numbers at SLI more than doubled, once opened to everyone. But the experience of SLI wasn’t enriched solely because of the numbers amassed–it was the fresh insight, the boots-on-the-ground perspective offered by so many of the new participants that added a different depth to SLI.

You see, we all have interesting OCF stories–how we arrived to the place at which we currently are with OCF. Sharing those stories–“My OCF Story”–is one of the first activities we did at the retreat. My OCF story has always been pretty lame: I go to a school with no chapter, and I lack the resources to start one with any consistency. I always wanted to be involved with OCF, however, and my sister worked on the SLB as the Publications Student Leader. Once she left the position, I applied for it and got it. And here I’ve stayed.

As such, I’m woefully divorced from chapter life. I don’t get that weekly dose of camaraderie that wooed so many others to regular involvement with OCF; nobody rides the train with me to church on Sundays. It’s not all lamentable, however–my lack of chapter life leads to greater involvement with regional and national programs, to get my OCF fix.

My example serves the point: college is all about new perspectives and experiences and responsibilities, right? I mean, that’s what everybody and their mother warned you about when you first left home, a bright-eyed freshman. And universities across the nation endeavor, night and day, to create safe spaces in which each individual has the freedom and security to be who they believe they are.

We often frame those differing perspectives in a light combative with the Church. That the new experiences and perspectives and opinions will seek to pull us away from the Church, make us question our faith, chew into our time that otherwise would be spent in worship and prayer. There’s a lot of truth there, I’m afraid. A lot of what’s common to universities–from party culture to liberal arts curriculum–finds itself at odds with the faith.

But there is no reason why differing experiences, perspectives, and opinions cannot be geared to strengthen our faith as well. OCF retreats regularly present us this opportunity: to hear from a Greek who grew up in Chicago and that’s all he knows of the Orthodox church; from a Russian who immigrated to Wisconsin when she was young; from a convert who has lived in twelve different states and attended thirty different churches.

The young men and women who attended SLI were living proof, not only of the vitality of the Church, but of its resiliency. College life allegedly pulls us away from the Church–and the threat is there, certainly–but OCF programs keep growing bigger and faster, incorporating new faces and stories. The laughs and prayers and shares of SLI, as a microcosm for OCF as whole, showed our vibrancy and our joy as collegiate Orthodox Christians.

Thank God SLI was opened to all of OCF. The strength of OCF isn’t the board, nor is OCF for the board. It was important that we had those days, to coordinate and plan for the year to come–but far more important was the time we had together. The mission of OCF is realized in the chapter members, who unabashedly bring the entirety of who they are to the table, and through their singularity, bring us all closer as one in Christ Jesus.