My understanding of the priesthood perhaps dawned on me at the age of 15, shortly after the funeral of my father. A presbyter descended from a 400-year lineage of clergymen in the Ukrainian Church, my father had a knack for the unconventional. He would take semi-controversial stances for people to more deeply consider their faith; he would pose difficult questions, lovingly guiding the faithful to the the sheer basics of our faith – the ecumenical councils, the writings of our earliest Church Fathers, and the Gospels. It made him quite the popular guy – in the humblest variation of popularity, of course.

Growing up in the church rectory, and facing a fair amount of scrutiny, I understood early on that our family was hardly different from others. No more than any other family, we argued, slammed doors, got really frustrated with each other. Yeah, we sinned. No, we weren’t perfect – despite being at the head of our religious community.

As I stood at the head of the receiving line as 4,000 people paid their respects to my father, I could feel my life was changing in ways I wouldn’t expect. Time and time again, I would get a stern look from someone shaking my hand. “You are going to follow in his footsteps, right?” would come the question over and over, assured in the response. “You’re going to be a priest, aren’t you?”

In his first epistle, the Apostle Peter conjured a vision of the priesthood incongruous with how first-century Jews would have understood it. The Apostle Peter called everybody to the priesthood, wrecking the class system Judaism had developed with the temple and its elite priests at the top, impervious to sin and fallacy.

But you are a chosen generation, a royal priesthood, a holy nation, His own special people, that you may proclaim the praises of Him who called you out of darkness into His marvelous light; who once were not a people but are now the people of God, who had not obtained mercy but now have obtained mercy.

Peter is directing this epistle, of course, to all baptized or soon-to-be baptized Christians, who are described by St. Paul in his letter to the Galatians as “neither Jew nor Greek, neither slave nor free, neither male nor female; but all one in Christ Jesus.”

Before Christianity became an imperial religion, it spread based on these concepts proposed by Saints Peter and Paul – what some contemporary theologians would call the “radical equality of the baptized.” This means that no Christian is somehow called to a different level of holiness than someone ordained to specific responsibilities or ceremonial duties one day per week.

“In the Orthodox Church clergy is not above laity or opposed to it,” says Fr. Alexander Schmemann, one of the most prolific theologians of the 20th century.

For this reason, our Churches have always maintained a Tradition of the vernacular. We are ordained to understand Scripture, to be able to engage with it, declare and affirm our faith in it. My father’s funeral. Complete with New Orleans Jazz Band. What did I say about unconventional?

Likewise, my father taught me that being a good Orthodox Christian means taking what you know from Tradition, Canons, and the Gospel to make your own decisions. It is in such a way that our Tradition avoids leading its faithful to clericalism, the concept that some sort of exceptional power is bestowed upon clergy.

If we are to take St. Peter at his word, which I recommend, then thinking independently and critically is what makes a priest – otherwise the praise we offer to God would be baseless, and we would lapse into a state of clericalism. The Gospel from St. John as well as the Acts of the Apostles repeatedly instruct us to bear witness for Christ; and we Christians need to put our beliefs through the metaphorical wringer before that can be done most effectively. Quite empowering, in my opinion!

I was once again ordained to the royal priesthood with that realization. Time will only tell if that’ll lead to the kind of priesthood mourners at my father’s funeral had in mind. 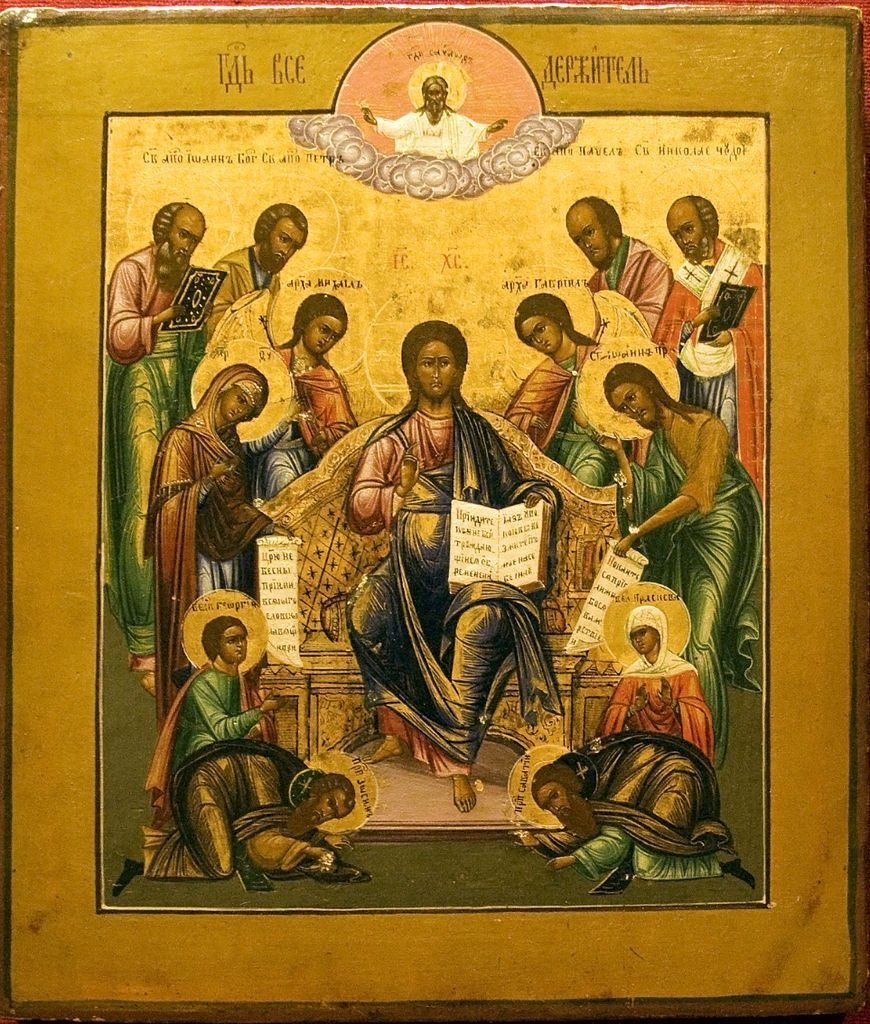 As Good as it Gets

But you are a chosen people, a royal priesthood, a holy nation, God’s special possession, that you may declare the praises of him who called you out of darkness into his wonderful light.  -1 Peter 2:9

In my social psychology class, we have been discussing who we are as people based on the groups we associate ourselves with. Think about how many group categories you fall under throughout the course of one day. There are so many possibilities–a college student, a classmate, a roommate, a significant other, an athlete, a hipster (a category I unfortunately fall under according to my friends,) a daughter, a brother–the list goes on and on. And we happily accept these roles in society without questioning them. Why wouldn’t we? We are conditioned to be this way by the world around us. It is in no way always a bad thing, but as we get older, identification by category becomes a little more dangerous. By the time we get to high school, it’s pounded into our brains that we must “get involved!” Join clubs, play sports, be a theater kid, be a band nerd! The circles we joined shaped us, and often defined who we were as teenage members of society. Sadly, we all remember these days, and it would be naïve to believe that this mentality doesn’t continue into college and throughout the course of our lives. I think it ultimately boils down to acceptance. We all want to belong with our fellow human beings and to feel like we’re understood. And who better to understand us than those who are the most like us?  It’s a simple idea, but one we tend to overlook.

You can ask anyone I am even remotely acquainted with, I am an advocate of individualism. I will whip out my soapbox and preach all day on this subject, because I truly believe group identification will be the death of our generation. We pride ourselves on being the age of acceptance, but our system of recognition causes much more disconnect than we realize.  But okay, I will cut myself off here, because believe it or not, that’s not what this post is about.

But you are a chosen people, a royal priesthood, a holy nation, God’s special possession, that you may declare the praises of him who called you out of darkness into his wonderful light.

I don’t know about you, but when I read this verse, I just feel good inside. I feel like I’m being spoken to directly, like I matter; I have a purpose in this life. I see encouragement to a young generation. But most importantly, when I read this verse I see nothing but group language! “A chosen people, a royal priesthood, a holy nation.” But I’ve come to the conclusion that this is the only situation in which I am okay with that. I want nothing more than to be God’s special possession, and I think my fellow youth in the Orthodox Church would agree with me. I guess what this ramble comes down to, is that this–the chosen generation–is the group we as the young people of the Orthodox Church should define ourselves by. All of my pride in my individualism seems so ridiculous in comparison, because this is the only category that matters and we must nurture it. After all, our peers are the ones we will journey through life with. It sounds cliché, but we honestly are the future. We are the future priests, deacons, and parishioners who will take care of the Church, and the more we support, encourage, and love one another, the better equipped we are to journey through the faith alongside our fellow Christians. And now is the best time to invest in relationships with our brothers and sisters in Christ, our fellow group members, because we are young. The friendships we form now will stay with us for life. So, I guess what I’m saying is, let’s whole-heartedly embrace this group, this category that is the youth of Orthodox Christianity. Let’s rejoice in the fact that we have each other to fall back on, and most importantly, we have a job to do together– to declare the praises of Him who called us out of darkness into his wonderful light. We are God’s special possession. And that’s about as good as it gets.