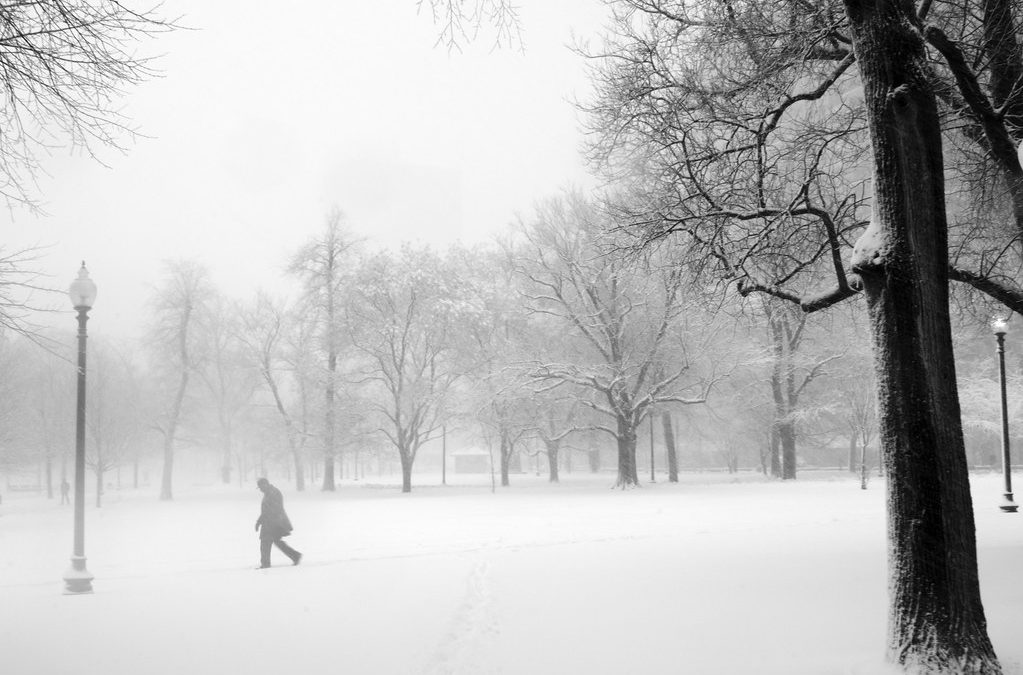 Prisoner #18376: God Will Not Abandon His People

Hi everyone! Quick disclaimer, this blog post is a bit longer than normal, but there was so much that I wanted to put in that I couldn’t tell myself to stop. Below you will read an inspiring story of one of my favorite church heroes. So, sit back, relax, and I hope you enjoy this blog post!

When I think of superheroes, I tend to think of super strength. While thinking about superheroes of the church I thought of what it meant to have super strength in the church. Sure, we could look at Sampson in the Old Testament and read about his hair, but that was a long time ago. What if I told you that a church superhero lived in the 20th century with super strength? To open things up I have a question: How much does it take to survive the harshest conditions? I can tell you plainly that in my walks to class last winter, although they were at most 15 minutes, felt like if I didn’t get inside right then and there, I would surely die. On average it was probably 20 degrees Fahrenheit. While I admit I am a bit of a wimp, it was brutal. Today I am going to tell you the story of a man who survived unimaginable conditions in -27 degree Fahrenheit weather, a man who must have had the kind of strength only God can give you, a man who is a superhero of the church, and someone who I keep very close to my heart. This man is Father Arseny.

To give some background information before I go into the story, I should probably tell you about the prison camps. These camps were spread across Russia in its period of communism under Vladimir Lenin and Joseph Stalin. They were labor camps where “enemies of the government” were sent to die/be worked to death. You aren’t supposed to survive these camps. The conditions were terrible. Hygiene was nonexistent, no heat, barely any food, and one pair of clothes. This is where most of our story will be taking place, as Fr. Arseny was in one of these prison camps.

In the book Father Arseny 1893-1973: Priest, Prisoner, Spiritual Father, it opens the scene portraying a dark morning, with gusty winds, around -27 degrees Fahrenheit. We see the people in the prison camps get out of bed for role call. Those who didn’t make it out were either dead (due to the cold, sickness, and exhaustion) or on the verge of being dead. Fr. Arseny wasn’t old, but he certainly wasn’t young, but he was always on duty. He was sent to the camps with many other priests and religious figures at the time. Most priests had to be priests in secret because of the fact that they would most likely be arrested. A middle-aged man was out in negative 27-degree weather chopping wood. Now, axes weren’t allowed on the grounds of the camp, so Fr. Arseny split the half frozen and damp wood with a wooden wedge, and another log to function as a hammer. If he failed to do this, they would have no firewood and would surely die, but Fr. Arseny was vigilant. He said the Jesus prayer has he worked, he knew that if the wood wasn’t done on time he would be punished and beaten by not only the guards, but the prisoners too. So, this was Father Arseny’s daily life, I could write so many pages on how the conditions should have killed him, but I will spare you for now. Now that you have a feel for the daily routine, I’m going to tell you about Father Arseny made it out of the place he was brought to die.

So, for starters I talked about super strength. In the book it reads, “‘Have mercy on me a sinner. Help me. I place my trust in Thee, O Lord, and in you, O Mother of God. Do not abandon me, give me strength,’ prayed Father Arseny, almost falling from exhaustion as he carried bundle after bundle of logs to the stoves.” Imagine being so close to falling down but knowing that God has a hold of you. Father Arseny trusted God to keep him upright, but the story doesn’t end there. How could he get damp frozen wood to light, he did not want to be beaten, so he prayed the Jesus prayer and at the end he added, “Thy will be done!” hoping to find dry wood. He searched and searched but found nothing. An infamous criminal saw him and asked what he was doing. This criminal reportedly committed so many crimes he could not remember them all. He evoked fear from all of the other prisoners. Fr. Arseny was afraid but told him he needed some dry wood. The criminal told Father to go with him, Fr. Arseny thought it was a trick, but went to see what would happen. The criminal had a large pile of dry wood he kept for himself, but he offered it to Father Arseny, who was a bit reluctant thinking that he might have been set up for stealing. Father finally accepted and started taking some. The criminal told him to take more and more, and then he himself picked up the dry logs and they carried it back to the stoves together. A criminal, who brought fear and despair among people and prisoners, gave Fr. Arseny what he needed so he would not be beaten. This is one beautiful example of how God never left Fr. Arseny’s side in the camp.

Another thing Fr. Arseny was known for was giving parts of his daily bread ration to the sick. Imagine working in such cruel conditions, but with only a small amount of food to help other people. I am not sure I would have the strength to do that.

Every night, even when Father Arseny didn’t get any food, he would pray the Akathist to the Theotokos, St. Nicholas, and St. Arsenios and pray for his spiritual children. When he awoke the next morning he would feel rested and full of new strength almost as if he had eaten the night before.

Some nights Fr. Arseny would stay up late and take care of the sick. He would feed them and make them hot water. This meant he would usually not get any sleep. One of the sick patients Fr. Arseny knew well. In fact it was the exact man that sentenced him to the death camp (when the government was tired of an official they too went to the death camps). Not only did Fr. Arseny forgive him, but he thanked him for sentencing him to the camp instead of sentencing him to be shot. The man was amazed by how genuine Father Arseny was and became a friend to Father Arseny. How much strength would it take to forgive someone who sentenced you to a long terrible death? Super strength.

One day Fr. Arseny was watching the prisoners fight and kill one another, he went and pleaded with a criminal who respected him, to ask him to stop the fighting, to prevent more from dying. All the criminals would listen to this man because he was one of the worst, but the criminal laughed and told Fr. Arseny that “his God” would do it if he really cared about his people. Fr. Arseny frustrated with these words cried aloud in prayer, “In the name of God, I order you. Stop this!” and immediately Fr. Arseny retreated inside himself so deeply into to prayer that he did not see the fight stop, and the living fighters caring for one another’s wounds. The criminal told Father Arseny that he doubted his God, but he wouldn’t any longer, for he had witnessed a miracle. How amazingly strong Father Arseny had to be in Christ to stop people from killing each other with words! This is yet another example of the super strength he received from God.

Now, let’s talk about how Father Arseny got the flu, with a 104-degree fever, and was expected to die in two days. Everyone was sad and tried to help, until the dreadful day came. According to the witnesses Father Arseny was physically dead. Father Arseny later reported that it was God showing him that the people in the camp were twice the ascetic he was and that he had more work to do within himself. Then the mother of God spoke to him and sent him back, and Fr. Arseny woke up and arose as if nothing had happened.

Another account of Father Arseny’s super strength is from a prisoner who was certain he would die. He couldn’t keep his boots dry for fear of them being stolen or worse, being beaten for warming his boots with the criminals. He eventually got frostbite in his feet and could not get out of bed and work. One night, Father Arseny took the man’s boots, and the prisoner assumed they were being stolen, but he had no strength to fight back. When he awoke the next morning, he was greeted by Fr. Arseny with dry boots. Every night Father Arseny would take the boots and put them by the stove and stayed and kept watch over them so that they would not be stolen. Imagine the super strength it must have taken for him to barely sleep and still be able to function enough the next morning to do the hardest work anyone has ever had to do! That is super strength.

I could go on about Father Arseny all day, I love him, but I need to make sure this blog is readable. So, again, I want to highlight the amount of strength Father Arseny had to survive the prison camp. Not only did he survive the most brutal conditions that almost no one else survived, but he lived many years after being released. Through his prayers to God, his faith, and his unwavering trust Fr. Arseny was able to bear the intolerable. It is superheroes of our church like this that cause me to yearn for this spiritual strength that is indescribable by those who witness it. I pray that one day I will have the super strength Father Arseny had in the camp, and I pray that all of you will find Fr. Arseny’s story an inspiration, a remembrance that God will always help us.