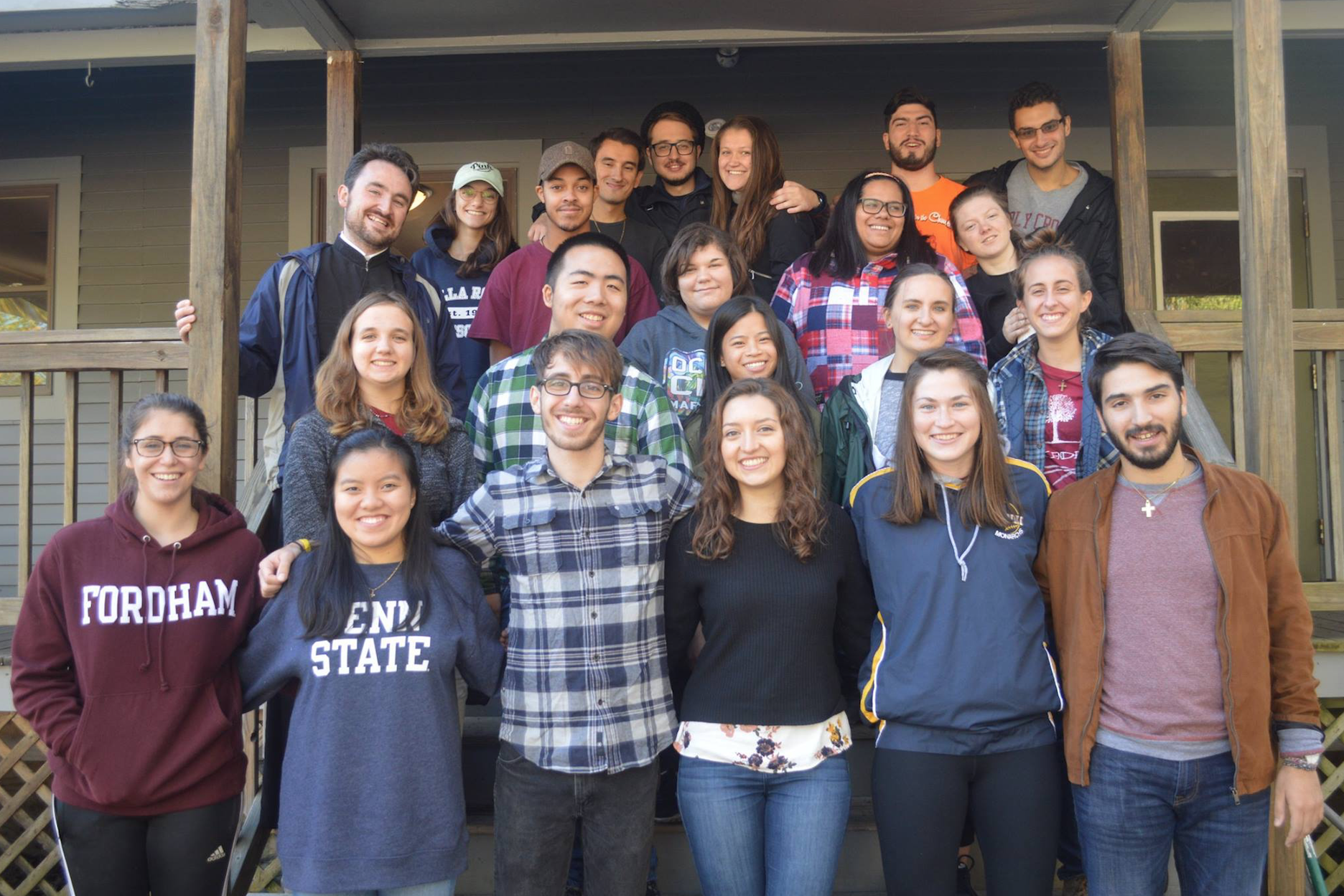 Why Should I Stop and Smell the Flowers?

This year, I attended my first OCF retreat at St. Methodios Faith & Heritage Center in New Hampshire. I went along with 25 other college students from the Northeast region of the United States.

The retreat was held on a day that was brisk but not to the point where we were freezing. We lit fires every night, went hiking through the beautiful trails behind the camp, and participated in the intimacy of divine services, including Paraklesis, Vespers, and Liturgy.

The theme of the retreat was “Smell the Flowers: The Easy Path to the Kingdom”, and our service work was the perfectly unplanned task of landscaping; we planted flowers in front of the camp’s main dining hall. The premise of the retreat was based off of a story from the book Wounded by Love, written by St. Porphyrios of Mount Athos. Briefly, St. Porphyrios was visiting the island of Patmos at the cave where St. John received the Revelation. He was overcome with grace and happiness from the Holy Spirit and wanted to escape in solitude to fully enjoy it, yet he couldn’t because of the amount of tourists surrounding him.

St. Porphyrios stepped away from the cave, in hopes to come back at a later time and experience the Holy Spirit once more. After returning to the cave, St. Porphyrios’ prayer felt dry and empty, and he did not feel the presence of the Holy Spirit. After stepping outside of the cave of Revelation, he decided to stop and smell the flowers.

He was overcome with awe and understanding when he contemplated the beauty and miracle of creation, which he experienced when he decided to take a moment to observe the flowers. St. Porphyrios came to an understanding at that time that God does not work on our time – He works in His time.

Initially, I was nervous to go on the OCF retreat, as I am currently a catechumen for the Orthodox Church and always felt as though I knew less than those around me – those already established in their faith and knowledge of the Church. To my surprise, there were other catechumens and many other converts.

This was the first time since deciding to be a part of the Church that I was surrounded by peers who were as passionate, enthusiastic, and so inspirational with their faith in Orthodoxy as I was. Conversations of faith were like wildfire that just kept burning. In the beginning, I thought to myself, “How could I be involved in these conversations of faith when there is SO much I still don’t know?”

I was comforted by the story of St. Porphyrios. Before coming a saint, before becoming a shepherd of God, he had a second-grade education. One thing I learned on this retreat is that it’s okay to not know everything and, in a sense, we will never know everything. We are all on a continuous journey, and we all have much to learn.

This post was written by Samantha Fricke, a student at the University of Binghamton. She is a senior studying psychology.