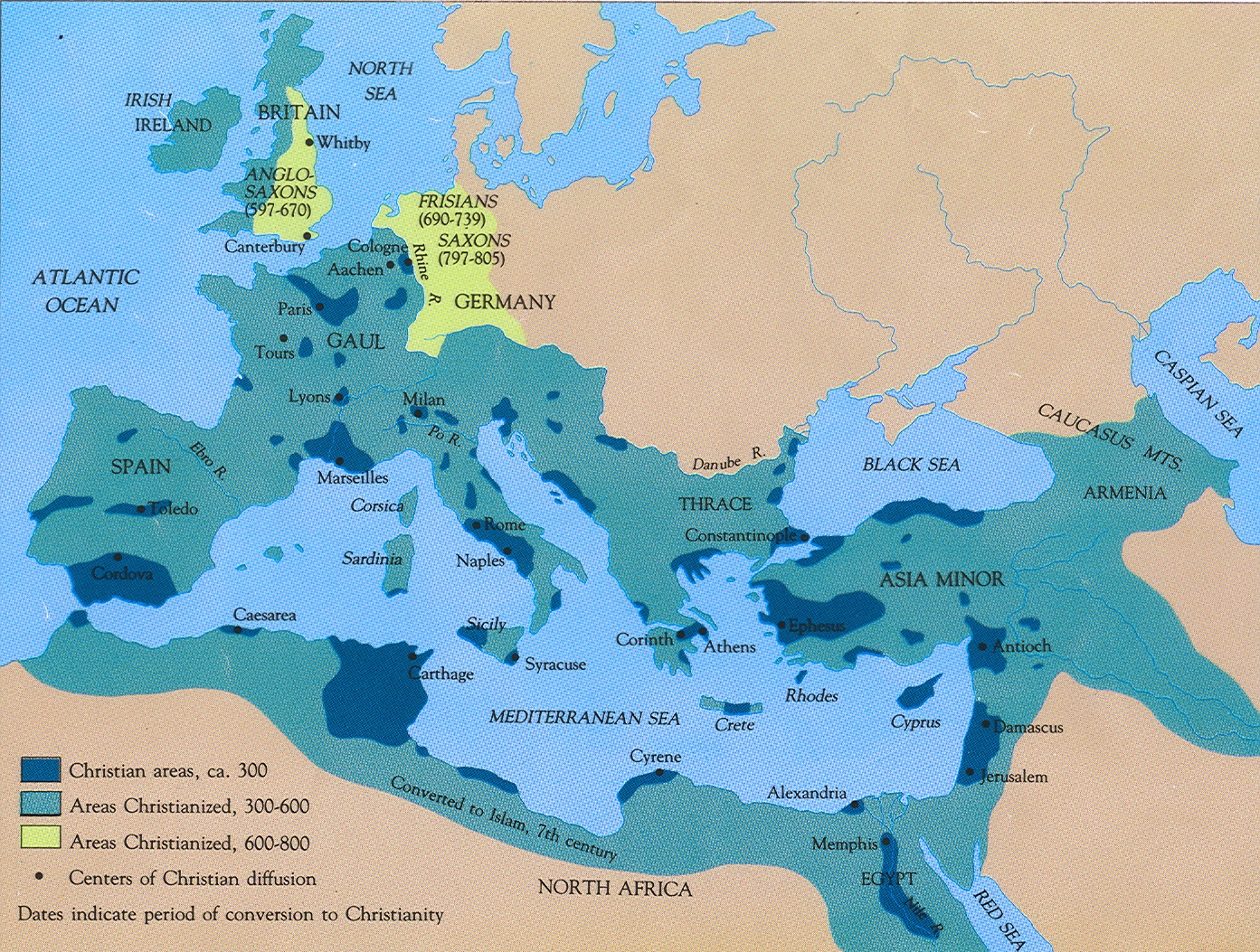 We’re talking outreach again this week. Now that we have the principles down, what can we say when we get questioned about our faith? Let’s start with the hardest question you’ll probably get.

In the back of my head, I’m always thinking…”Hmm…where to start?” It will take us all a lifetime of liturgy, prayer, learning, compassion, humility, and repentance to really answer that question, but as some of you have probably found, a little history lesson is a good place to start for the casual inquirer. And we’re not talking detailed or complex history for you history buffs out there. Just the plain and simple–something that can get the conversation started in a non-confrontational way.

The Orthodox Church is the ancient Christian Church, starting at the time of the Apostles and continuing down to us today with an unbroken line. In the early Christian Church, there were five main centers of Christianity: Rome, Constantinople, Alexandria, Antioch, and Jerusalem, and each of those centers had a patriarch or pope (same word)–basically, an important bishop. For about a thousand years, there was only one Christian Church, but when the East and the West split, Rome became the Roman Catholic Church while the other four centers remained in communion with each other and became known as the Eastern or Greek Orthodox Church. Today, while the majority of Orthodox Christians are in Russia, Eastern Europe, and the Middle East, there are Orthodox Christians all around the world, including here in the United States/Canada.

There are two ways the conversation typically goes after this.

And now’s your chance for some hospitality so you say,

Yeah, it’s really beautiful. Do you mind me asking you what your faith background is?

And now you listen.

That one deserves its own post, So until next week, keep sharing Christ’s Church with love and grace! Oh, and let us know what questions you’ve come across on campus!