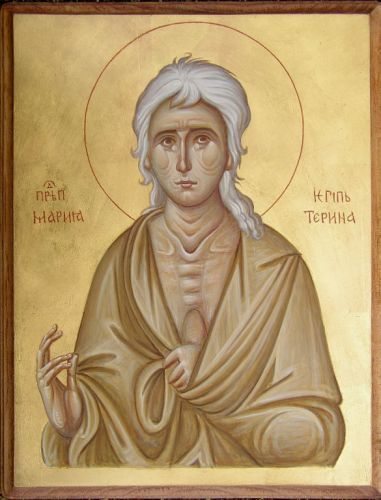 As Orthodox we always ask ourselves how much publicity and noise we should make on campus. We have left the home, the comfortable context where we feel our identity to be less challenged. Morality was also easier with someone else in charge: parents, priest, home parish community, etc. So here we are at college, learning to stand on our own feet (hopefully). Who are we? Do we shout “ORTHODOX HERE!?” Do we forsake Church with the first mistakes and signs of imperfection or impurity? We are learning to be ourselves but are told to be free of pride… How do we manage it all? Sin and temptation that comes in a time of freedom and uncertainty is also a providential place of challenge that helps us grow and improve spiritually. There are some shocking sayings of St. Anthony in the Alphabetic Collection of the Sayings of the Desert Fathers:

4. This is the great work of a man: always to take the blame for his own sins before God and to expect temptation to his last breath.’ 5. He also said, “Whoever has not experienced temptation cannot enter into the Kingdom of Heaven.’ He even added, ‘Without temptations, no-one can be saved.’ 6. Abba Pambo asked Abba Anthony, “What ought I to do?’ and the old man said to him, ‘do not trust in your own righteousness, do not worry about the past, but control your tongue and your stomach.’ 7. Abba Anthony said, ‘I saw the snares that the enemy spreads out over the world and I said groaning, “What can get through from such snares?” Then I heard a voice saying to me, “Humility.”

The readings before Lent challenge us to not argue about things with people who have different opinions: “As for the man who is weak in faith, welcome him, but not for disputes over opinions. One believes he may eat anything, while the weak man eats only vegetables.” (Romans 14:1-2) We control the “tongue and… stomach.” Notice: we are eating vegetables now! We do this to repent, or “re-think” and change, gain confidence in God’s ability to change us. This is humility—to know that God gives victory, not our righteousness, successes, intellect, or purity. Everything else is defeat; only Christ’s humility is perfect faith. We feel it by the Paschal vigil, when we are tired, weak and hungry…

We ask “Who are we and how do we define ourselves?” Be defined by going to Church, believing, self-restraint and the confidence that does not proclaim our righteousness, but rather the confidence of Christ’s silence, God’s silence at the Cross, the silence of the life-giving Tomb and the silence of Christ who is in the “hungry or thirsty or a stranger or naked or sick or in prison…”(Mathew 25:44). This silence is what teaches us to listen to and love others. This silence (of mouth, mind, internet) is what gets us through the “snares,” the mistakes we have to ‘make for ourselves.’ The prodigal son knows this. We will have temptations and fall; we can only learn humility this way—the confidence that God saves and raises us. This is the truly successful OCF chapter:

where there is neither Greek nor Jew, circumcised nor uncircumcised, barbarian, Scythian, slave nor free, but Christ is all and in all. (Colossians 3:11, OSB)

My practical tip, the one which is best borne out by working with OCF chapters, is this: Learn restraint and silence together!

All the ideas and programs in the world don’t help without learning humility and restraint that guide us toward confidence in Christ.

This is a guest post from Fr. Elijah Mueller. Fr. Elijah is the pastor of St. Makarios Mission, OCA, at the University of Chicago and the Director of the Diocese of the Midwest OCA Catechist and Diaconal Vocations Program. He is the Chapter Spiritual Advisor at the University of Chicago, and the Great Lakes Regional Spiritual Advisor for OCF. He is currently completing his Ph.D. in Historical Theology from Marquette University, which he will complete this Spring. You can email him at elijahnmueller@sbcglobal.net.