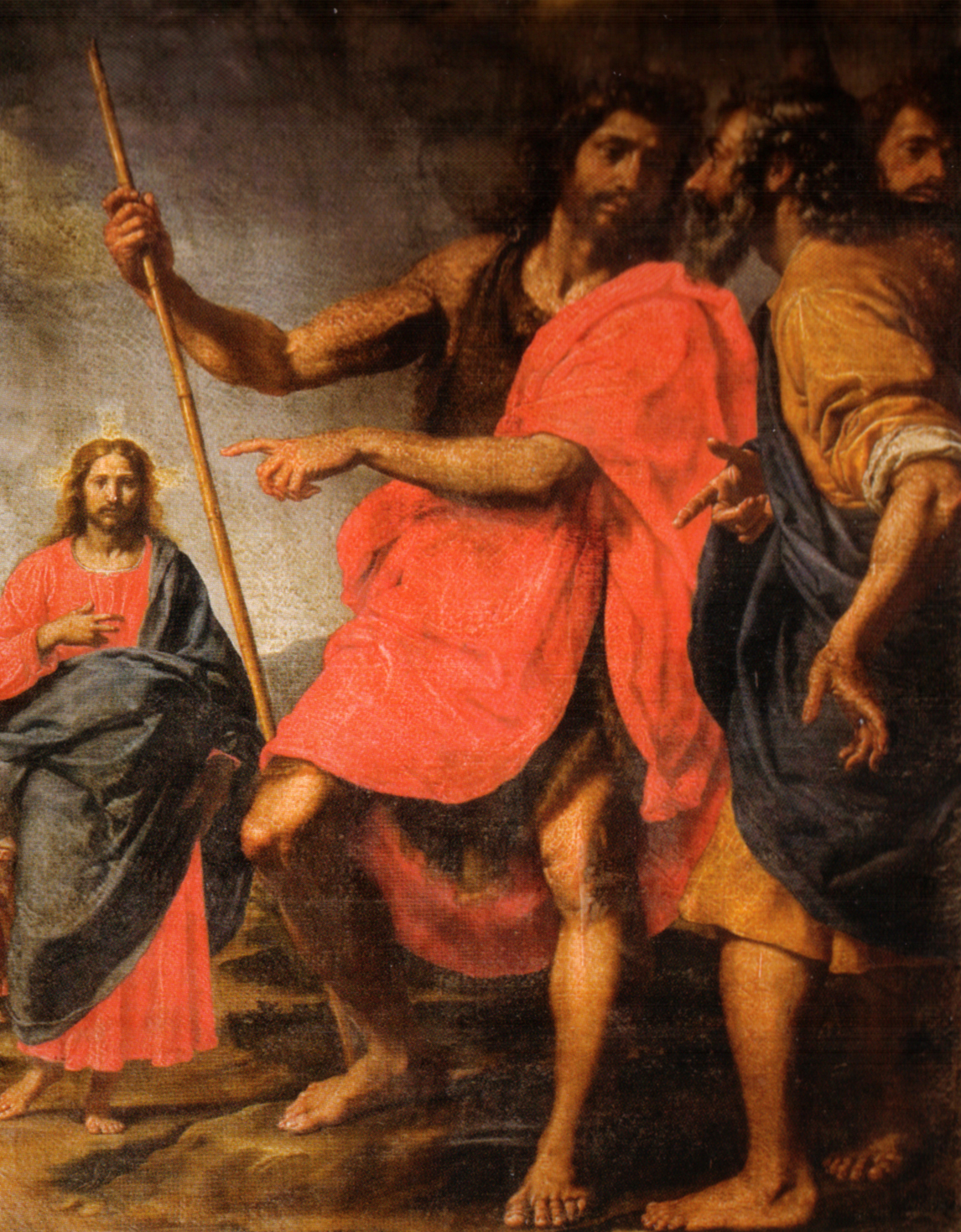 Come and See Where the Teacher Dwells

A new school year means a new theme for OCF! We’re centering this year all around these three words, “Come and see.” It’s a challenge to all of us both to follow these three words and to share them with others. We have a few ideas of how you can do that this month and all year round in our Orthodox Awareness Month manual. We hope you check it out and participate.

But what does it really mean to come and see? Toward what are we coming and what will we see? Well, for the next four Wednesdays for Orthodox Awareness Month, we’ll reflect on just that! St. John points out Jesus to his disciples. Image from Wikimedia Commons

The first time the phrase “come and see” appears in the Gospel of John is right after John the Baptist calls Jesus twice “the Lamb of God” and says that he saw the Spirit descend from heaven and rest upon Him. A few of John’s disciples must have been intrigued by their master’s deference to his newly-arrived cousin because they decide to follow Him to see where He’s going.

I’m not sure they knew what they were in for when Jesus turned and asked them, “What do you seek?” But by some moment of inspiration, they asked Him where He was staying.

In his homily on this passage, St. John Chrysostom notices

They did not say, “Teach us of Thy doctrines, or some other thing that we need to know”; but what? “Where dwellest Thou?”

It’s an interesting question. Why not ask, “What do you teach?” or “Why does John call you the Lamb of God?” There’s something significant about knowing the place where the Lord lives and then coming to stay with Him in His own home. To come and see where the Teacher dwells is experiential.

This, I think, is why we prefer the invitation “come and see” over long-winded philosophical arguments about the validity of our Orthodox Christian beliefs. We know that Truth is beyond words–it must be experienced before it can be expressed, and no expression will ever do justice to the experience itself. The place to experience God, to simply come and see where He lives, is in the Church. The Church is the place where God’s Heavenly Kingdom is most clearly breaking through into the created realm.

Take the account of the pagan Slavs sent by St. Vladimir to Hagia Sophia in Constantinople, for example. Upon returning to their king, the delegates declared

We knew not whether we were in heaven or on earth. For on earth there is no such splendor or beauty, and we are at a loss how to describe it. We only know that God dwells there.

So the first calling of come and see is simply to enter into the place where the Teacher lives, to follow Him and earnestly desire to experience the life of His Kingdom. This is the first step in the making of a disciple of Christ, to seek out where the Lord dwells and then stay with Him a while.