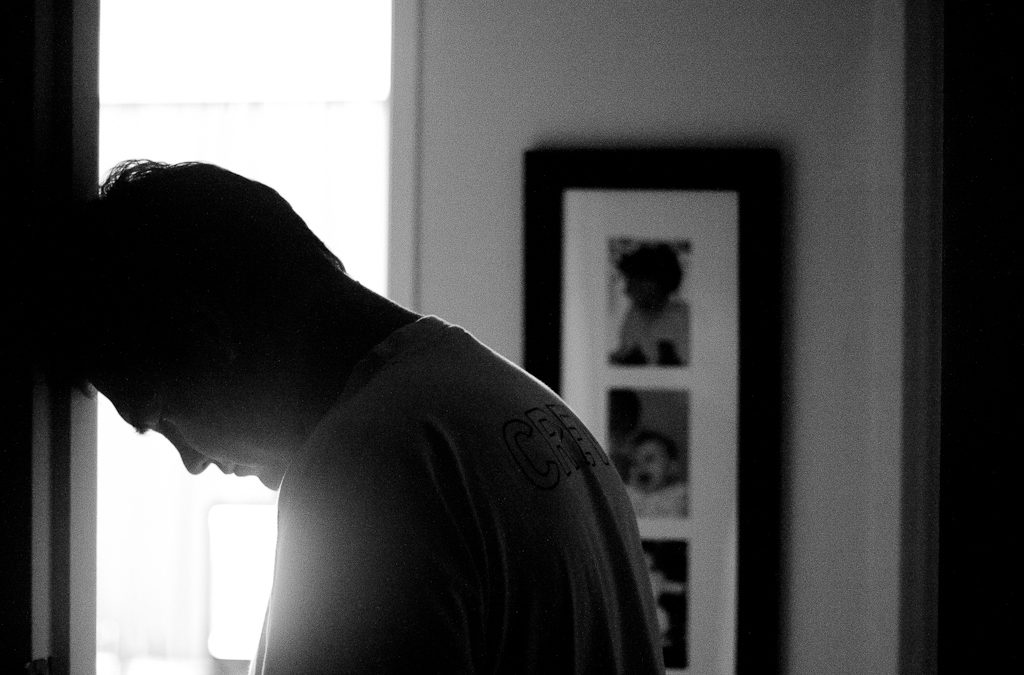 I have officially been cooped up in my house for a week, but that’s not the worst part: this was supposed to be my spring break, so not only am I stuck at home but my mom is here, too. Don’t get me wrong, I love my mom; she’s really cool. However it’s been way too many days of just each other’s company. I have found myself hiding away in my room losing hope for the rest of the academic year while the rest of the world around me is in chaos.

My mom has been reading a lot to pass the time and recently read a book called Time and Despondency. This title seems perfect for this occasion because not only do I have way too much time on my hands, but I am despondent. What is despondency? According to the Miriam-Webster dictionary, despondency is “being in extremely low spirits; loss of hope; depression.” Now, my despondency started with me being bored and sad because I am stuck inside and couldn’t go on vacation. But as I was listening to other people complain about how tired they were and how sad they were that things are getting cancelled and that they have to stay inside, it further saddened me that so many more people are also feeling a sense of despondency (even though it was also nice to know I wasn’t alone in my feelings). It wasn’t until recently when churches started closing their doors and services were getting cancelled that I realized the severity of this situation. The loss of church, especially during Lent, a time where I needed it most, was really hard for me. My sadness and tiredness have escalated. I am despondent.

Then something happened; God knew what I needed to hear. I accidentally came across a quote from St. Barsanuphius of Optina, and it was exactly what I needed. “You need not be despondent. Let those be despondent who do not believe in God. For them sorrow is burdensome, of course, because besides earthly enjoyment they have nothing. But believers must not be despondent, for through sorrows they receive the right of sonship, without which is impossible to enter the Kingdom of Heaven.” It made me realize: yes, our current situation isn’t fun, and yes, I am so bored being cooped up in my house, but we have so much to look forward to. Because we believe in God, we know that even in this time of social distancing and quarantine we are loved by Him who is Himself Love. We know that even in our sufferings Christ won’t abandon us. We know that even when we feel “extremely low” someone is going to be there to catch us.

My dearest friends, now is not the time to be despondent. It is time to do things that benefit your soul and your health. Go on a walk, clean your room, call a friend, and pray. There are so many things we can do to be active during this time. Remember, there are people out there who have no hope. We must be the examples to show that Christ is our hope. We need to remind the people that God is our refuge, and He will keep us safe according to His will. As St. Barsanuphius said, through sorrows we can be in closer communion with Christ.

I am challenging myself to be respondent and not despondent; hopeful and not hopeless. I hope you will join me in this challenge of responding to those around us and praying for the peace of the world. People are scared, but we know that Christ has so much joy to offer in the salvation we yearn for. So, let us respond in love and let us support one another, we will get through this together and with Christ.

As always feel free to reach out to me anytime at publicationsstudent@ocf.net, especially now in this time of quarantine: I am quite bored and would love to chat.

Hi, I am Evyenia Pyle, and I am the publications student this year! I am in my second year of college studying speech and hearing sciences! I play 12 instruments as of right now, and in my free time I play with my dog. I am really excited about this upportunity. Never hesitate to reach out with questions, comments, or if you are interested in writing a blog! publicationsstudent@ocf.net . 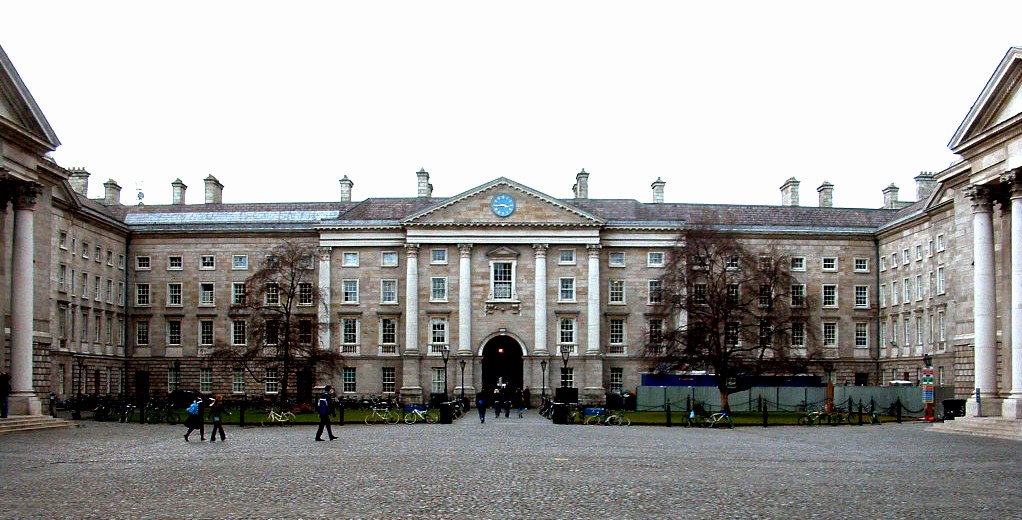 It Could Go Either Way

College and the Church can be…oof.

That’s a sad reality, a tough reality, but let’s call it what it is: a lot of the experiences offered and knowledge presented to us create some degree of friction with the practices and teachings of the Church. Not all of it, of course!–but a good deal.

And this isn’t exclusive to college–that’s important to note. A lot of the experiences and knowledge of the world itself, fallen and broken, create some degree of friction with the Church. College is just our current context for that friction. It is the environment in which we are.

I want to tell you a story. It’s an amazing story, but in order for it to be amazing, we’ve gotta start with a bad story.

In my first year at the University of Chicago, I was put in a temporary dorm–Broadview Hall, almost a mile away from campus. It was a retired hotel in which us lucky first-years were holed up as Campus North Residential Commons (audience: oooh!) were constructed. Some griped, but I loved it. I had a single dorm with my own bathroom, there was always breakfast in the fridge downstairs and a rickety elevator that broke every other day.

I was in Room 527. Across the hall, in Room 524, was a young woman who we will call…Hannah. Hannah and I were both first years, so we went through the glorious rigmarole of orientation week together. Obviously, there were a ton of first-years with us, but Hannah was aggressively outgoing and friendly. For those of you who know me, I’m also socially…exuberant. So we chilled and had a good time.

Hannah was obsessed with trains. Every time we rode Chicago’s L into the city, she was over the moon. Her room, across the hall from mine, faced east–you could only see buildings. My room faced the Metra line.

When Hannah discovered this, she immediately asked if she could come study in my room so she could also watch the trains. I mean, I was down. Hannah was super entertaining and was struggling to make any solid friendships early on, so I figured it was a good thing to do.

And then one day, Hannah asked me about the ‘pictures’ on top of my fridge. They were my icons.

I don’t know if I thought we could have avoided the topic entirely, somehow–or maybe, naive as a first-year, I imagined the conversation going far easier in my head. You see, Hannah had made it very clear from the first day of orientation that she had strong views on a ton of tough contemporary issues–and I knew those views would put her at odds with a lot of the Church’s teachings.

So she asked me about the pictures; I told her they were icons and that I was an Orthodox Christian. So, she asked me what that meant, what I believed, and so on. As best as I could at the time, I tried to communicate the Orthodox views in a sympathetic and non-confrontational manner, also asserting that I wasn’t nearly the ideal source for some of these difficult questions.

Hannah left my dorm room and never spoke to me again. She would up and leave tables if I sat down at them for a while, though she stopped with that eventually. Still, she hasn’t said a word.

Now, obviously, Hannah is an extreme case. As I said, she was a little socially awkward, so I don’t think she was adequately equipped to handle such a situation. But that experience soured me–hard–on how college and the Church interfaced. Reading through Genesis and St. Augustine and Dante across my first year of school, and hearing all of the…different interpretations thereof, didn’t help either.

But fast-forward to the amazing part of the story: right now, in my third-year at college. I’m taking a Russian Civics class, and the second week has been all about the varying religious and cultural beliefs of the Slavic regions, and the eventual onset of Christianity and precipitation into one giant big ole Russia. I mentioned during a comment in class that I’m Russian Orthodox. Since then, my professor–who won’t stop calling me Sam incidentally–has turned to me multiple times for my input on comments he makes or to help answer questions from students. I passed my cross around class so folks could look at it–I modeled what the three-bar cross looks like, because it was on the frocket of my AV Male Staff 2017 shirt (shoutout AV Male Staff 2017).

I had this awesome experience of Christianity in college. Just rad and a half. I got to stand there and explain what I believe, field questions, and make clarifications to a group of people that–for the most part–seemed interested in and respectful of what I was saying. And it was so dope.

Maybe to them I was just a peculiar echo of a long-passed novelty; someone clinging to silly beliefs. If that’s their judgment, that’s okay. College has always been a place for me where my faith isn’t treated with respect or as legitimate. But last week, that changed a little bit–I got a taste of the greener grass on the other side.

We always hear about the persecuted fathers of the Church–of St. Paul getting scorned and stoned and chased out of town for trying to live, unashamedly, a good and holy and just life.

And we remember St. Paul and the church fathers, not only because they went through this, but because they weren’t embittered, jaded, worn down, or defeated. They remained thankful (#GloryToGod), resilient, faithful, and humble.

I had written off college, I think. I’d encourage you to avoid a similar trap. The world has beauty if we don’t dull our eyes and relinquish our efforts in finding it, and every once in awhile, someone out there has ears to hear.