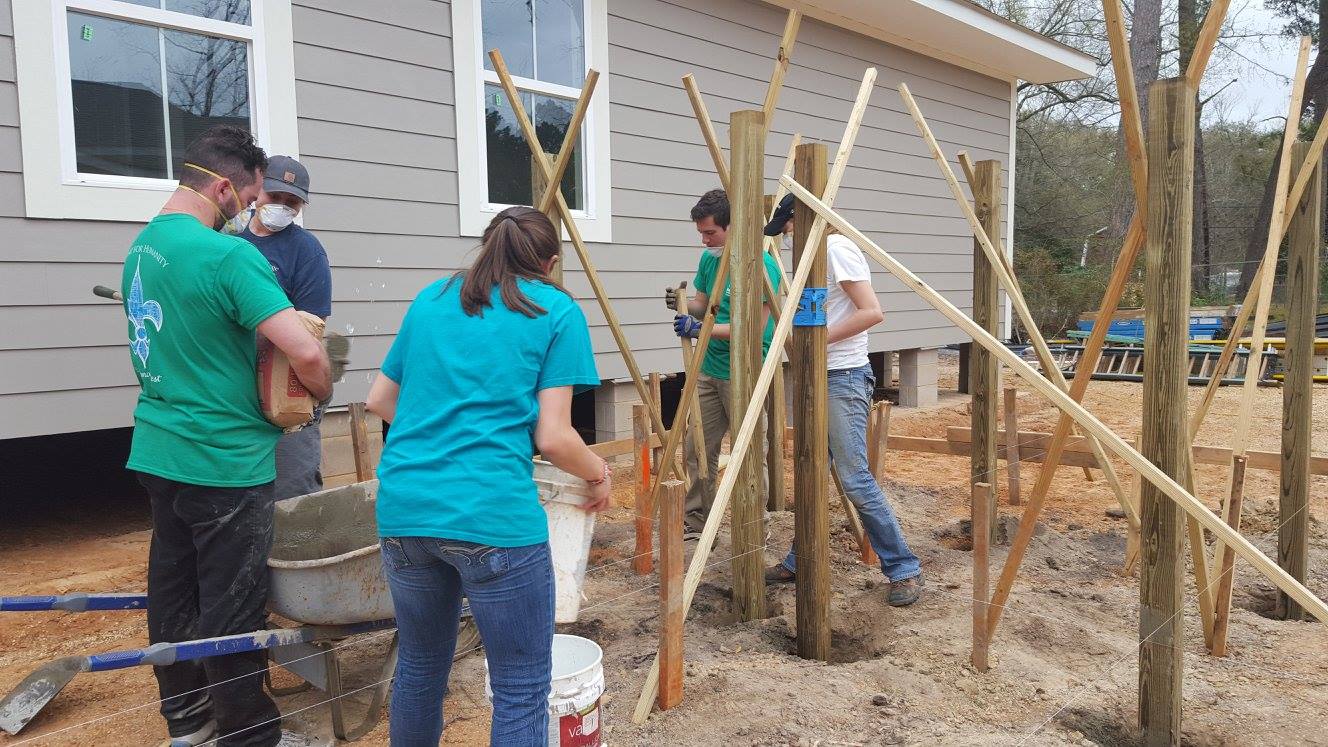 Before I begin describing my experience in New Orleans, I would like to express my deep gratitude for what Real Break allows for Orthodox college students. It gives us the opportunity to serve and to witness the lives of those in need, spiritually and or physically. It has been an experience that I have been craving as I have felt that I have not been putting all of my efforts to serve God during my free time. Through prayer and trust, it actually happened. Glory to God for all things!

When we arrived in New Orleans, I knew a few of the members coming (including my UNCC chapter co-president Isabella Calpakis) but was also surprised by the amounts of connections the other members had with me! This includes our trip’s priest and fellow Jersey Shore boy, Father Stephen Vernak. By then, I knew that this was going to be a great week. Our mission to serve with IOCC (International Orthodox Christian Charities) began quickly through the exposure of the distraught neighborhoods of damaged and demolished properties that align the highway. Hurricane Katrina has still left a mark on the city, which had given us the incentive as to why this trip is more than a vacation. Visiting the Lower Ninth Ward, the neighborhood that experienced the most flooding, felt like a scene from a movie because of the destroyed properties and learning how the government had to step in to discover deaths within each home (marking the numbers on the front doors). Glory to God, not all of the neighborhoods had suffered much, such as the Downtown and thriving French Quarter, but the pain that the citizens had experienced was evidently traumatizing. Our work as a team was done in the Mandeville suburb across Lake Pontchartrain, the body of water on the New Orleans edge. Before each workday, we began with prayer with Matins service and ended each day with Vespers, unifying our team as one body of Christ. We, with IOCC, worked with Habitat For Humanity to continue construction of two houses for low-income residents. Even though I was skeptical that I would be of any help, we all developed a good system to construct efficiently, encouraging each other along the process. What Habitat For Humanity does for these residents was also amazing to hear. Instead of offering the homes as a handout, they educate residents with classes that range from budgeting to landscaping. I saw this as a Christian virtue, to raise those who are in need by teaching responsibility. Seeing the change from our arrival to the last workday was a beautiful product of our labor through Christ’s love. What also brought perspectives of the remnants of Katrina to New Orleans were our three visits to the city. The Katrina exhibit at the Presbytere Museum showcased the local stories of trauma and resilience. Another night, we visited St. Basil Antiochian Orthodox Church and heard from Father Paul Nugent as to how the Faith was tested but yet defined the trust and hope for the growing community. Our last visit included visiting Holy Trinity Greek Orthodox Cathedral. Here, we listened to parishioner, Maggie Mag, about the history of Orthodoxy in the United States and how the New Orleans parish was the first established church in the lower United States (not including the earlier churches on the West Coast/Alaska). She, along with Father George Wilson, discussed the impact of what Katrina had done to their community, but how the grace of God had brought them back to a beautiful large community. Hearing the pain and resilience of the citizens, especially the Orthodox residents regarding the Faith during those times, brought me hope for their community. It is incomprehensible for us as humans as to why these events happen, but it is our trust in the Holy Trinity that we all could overcome the battles that we face in this life, in order to reach salvation with Him. Katrina has also affected me after this experience. It has allowed me to serve God by aiding to those who need the work of our hands.

Nicholas (Niko Wilk) is a senior studying Architecture at the University of North Carolina – Charlotte. He is the chapter co-president for OCF at the university. He loves exploring cities and regions, as well as singing and keeping active. His goal to study Urban Planning in grad school.

Real Break New Orleans is in full swing, and you can get the latest update from the field by listening to this podcast on Ancient Faith Radio: