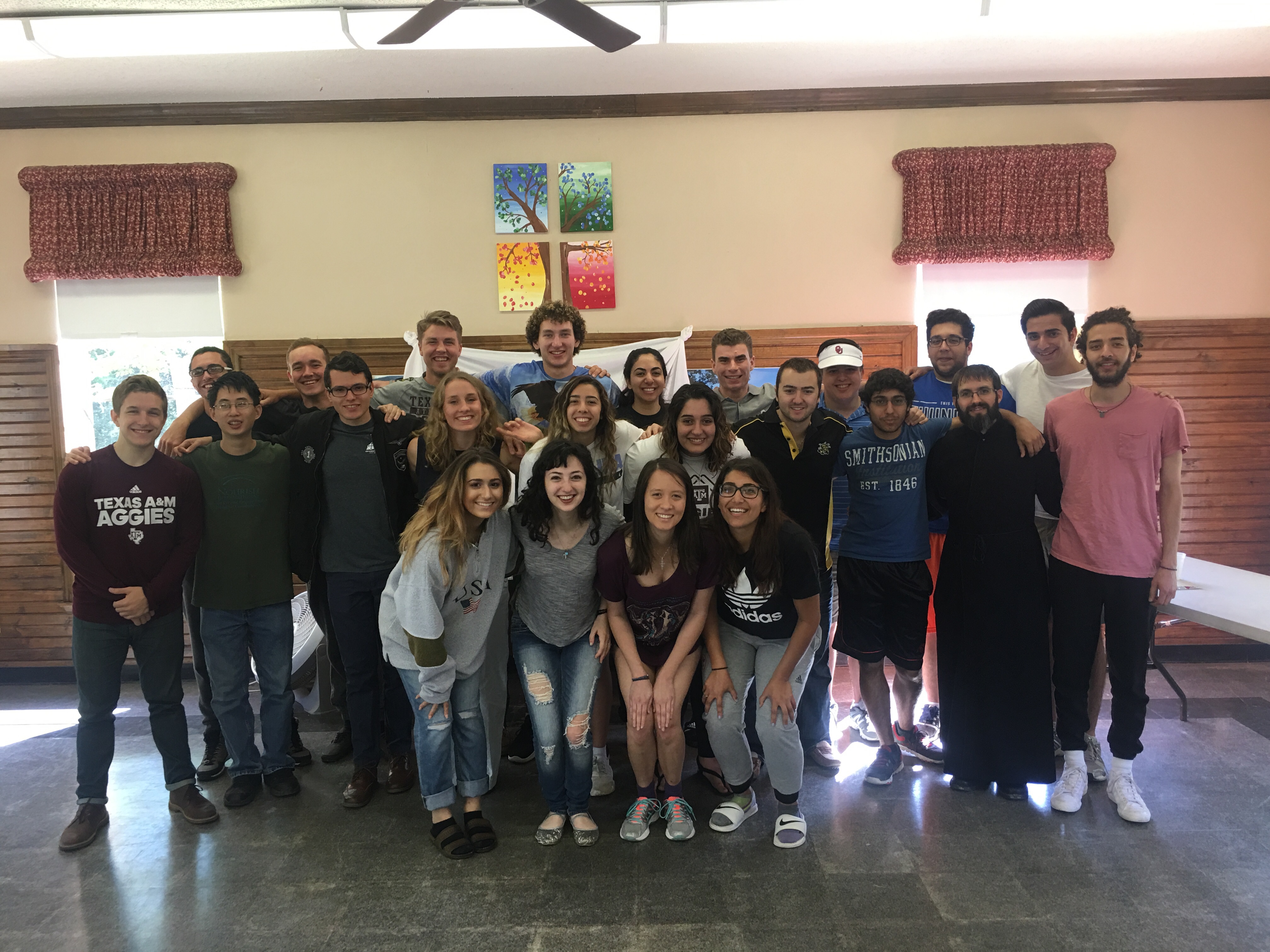 South Regional Retreat: A Home Away From Home So it was about 4 o’clock when my good friend picked me up from Norman, Oklahoma to go to the OCF South Regional Retreat (which was well organized by Katherine Sackllah and George Katrib, who did a wonderful job!) I was pumped to see my old friends from camp and make new friends in the faith. The drive was long but well worth it when we arrived.

When we arrived at 9 o’clock at night after our last stop at CVS because someone who shouldn’t be named had a fever and potentially could have infected everyone at the retreat, but on the bright side no one got sick! So as I walked in with my obnoxious Bob Stoop visor and an OU PFG shirt, I interrupted what was probably the most fascinating talk of my Orthodox Christian life. The talk was with Fr. Simeon and he discussed various topics about the faith that were thought-provoking and led me to further understand Orthodoxy.

Throughout the retreat, we enjoyed each other’s company and we could really dive into the talks. The weather was perfect, the people there were amazing, and the experiences that we had were unforgettable (especially when some people flipped their canoe after a game of King of the Hill). Even though everyone there was looking for a good Orthodox Christian wife or husband (just kidding), we were able to make new friends in the faith and overall have a grand ol’ time.

To be more specific, my biggest take away was the fact that every college student was struggling with the same issues that I was. Being a college student, as we all know, is difficult, especially in the secular world which we live in. We have issues that we have to deal with, such as drinking on a Saturday night or being pressured into sex by a boyfriend or girlfriend. After going through a rough spot in my life, and then attending this retreat, I was able to become rejuvenated in the faith and live as a light on my campus.

Our calling is to get to Heaven and take everyone with us that we can through Christ. This was evident at the retreat. The people, like I said, were amazing and really felt the Holy Spirit work through them, because they felt comfortable and more at home. I felt that the people there trusted everyone and could share their experiences with the Orthodox church in a non-judgmental way. It was truly a “home away from home.”

After returning back to my university, I reflected on the retreat and was really inspired to contribute back to the Orthodox Church.

Shout out to all the regional leaders (Valerie Hanna and Anna Sobchak) that were there and the OCF leaders (Katherine Sackllah and George Katrib) who made this experience such a blessing. Lastly I would like to thank Fr. Simeon for providing us with his wisdom and taking time out of his busy schedule to visit and talk with us. Peter Huseth attends the one and only University of Oklahoma in Norman, Oklahoma. He is an advertising major with a minor in English Writing. He’s currently a sophomore, and when he isn’t in deep theological thought, he’s playing guitar for the beautiful handmaidens of God.