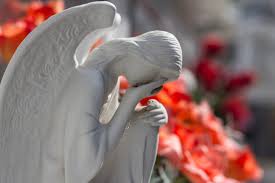 Sometimes the Best Words You Can Say Are Tears

A few years ago, I had the life changing experience of seeing a weeping icon. When I got home I couldn’t stop talking about it. I told all my friends, even those who were not Orthodox. Predictably, a few of my friends didn’t understand. Some told me I was being deceived, others thought I was going crazy. One friend went to the lengths of sending me an article about a Catholic Church that had a statue of Jesus with water coming out, and it was later discovered it was a plumbing problem. I said, “But this is myrrh! If myrrh was running through pipes to an icon not connected to any pipes or the wall we have a problem.”

My friend said, “Okay prove it, did you take a video?” I told her I had not but then followed up with a personal story:

The experience was that one of the girls with me had also doubted. I remember her saying, “There is no way this is real.” I did everything in my power to convince her otherwise, but to no avail. We agreed to disagree, and went to bed, as we were at camp. The next morning, we woke up and our cabin smelled very strongly of myrrh. We were all so confused, the smell couldn’t have been from the night before, there was no way. The icon was titled the Kardiotissa, or the tender heart, and we had all received paper copies. One of the girls reached into her cubby and felt a drip, “Uh, I thing the ceiling is leaking.” I told her that was impossible because it hadn’t rained in three days.

For some reason my doubtful friend who was unusually quiet, whispered, “It’s not leaking. But this is.” She held up her paper icon, and myrrh started running off the paper. All of us gathered around. Her paper icon was weeping. Needless to say, she believed after that, but my school friend was still skeptical.

She asked, “Okay, then tell me why the mother of God was weeping, she’s in heaven right? Shouldn’t she be happy?”

At the time I hadn’t necessarily thought about it that much. The answer I gave went something along the lines of, “to show God’s presence in our lives.” But that question had always bothered me.

Fast forward to a few months ago, when I got a call that one of my good friends from camp had passed away. I was heartbroken. In every church service I cried. When we got to the cherubic hymn I would become infuriated because we sang “let us lay aside all earthly cares”. Well, I didn’t want to lay aside my earthly care. I wanted to be with my friend, in fact in church I knew he was there in the kingdom of heaven with me, but it frustrated me that I couldn’t reach out and hug him. He could see me, but I couldn’t see him. My mom was a real champ during that period of time, she just let me cry and gave me many hugs during church. I was even frustrated with St. Raphael, of whom I pray to every single day to watch over my friends. I didn’t know how this could have happened (St. Raphael and I have since made amends). The only thing I found comfort in was holding my paper icon of the Kardiotissa, because my friend was with me when we got them, and he too had one. That was when I felt closest to him.

One day, I looked at the beautiful icon, and I remembered the name–the Tender Heart, in this the virgin Mary is holding Jesus giving him a kiss. The Theotokos was a mother, a mother who watched her Son die. She lived an amazing life. But she was a mother. She is our mother. The Theotokos sees us weeping, and when a mother sees that her child is in pain she seeks to help them. The Theotokos, the mother of God, the Tender Heart, she was with my friend in the kingdom of heaven. I remembered in the Bible when Jesus went to see Lazarus when he had died, and He was moved by all of the friends of Lazarus crying, and He wept.

I remember texting that friend after I had come to this realization. I said, “I know why!” She of course assumed I was psychotic, and said, “You know why?” I said, “Do you remember a few years ago when you asked me why the mother of God was weeping, well I know. She is moved by our sadness, she is a mother in pain watching her children hurt. She weeps because we weep. The presence of this weeping reminds us that she hasn’t left our side, she is weeping with us.” There finally became a day where I didn’t break down crying because I saw his favorite color, or because I heard the cherubic hymn. Now I smile, knowing he is in the Lord’s hands.

Through our weeping, and through our mourning we connect to the mother of God, and she helps us because we are her children. When we feel most alone, the Theotokos is weeping with us. Through weeping and mourning we can begin to heal, what we feel has been broken.

Everything must be broken, to be put together and beautifully reinvented by God. When we are broken, bruised, shattered, hurting, and weeping, the Theotokos is watching. Through her intercessions to the Lord, we start to heal. She prays for us because we are her children. She laughs with us, sings with us, hurts with us, and weeps with us. The miracle of weeping is that we are never doing it alone. When we get lost, we are taught to find the motherly figure to go to. She is our mother, and when we are lost and in a state of mourning, she will help redirect us, and guide us.

We must find her and weep with her. For our heavenly mother and Father will never leave us to mourn alone. They are always by our sides. I pray that her tender heart will continue to help me in time of need, and weep with me. She is our mother, and she loves us as her own. “As ordered, therefore, this do I shout to you: Rejoice, O Maiden who are full of grace” (“Theotokion,”  Akathist to the Mother of God)!” I am Evyenia Pyle. I am freshman at the University of Illinois Urbana-Champaign. I am majoring in Speech and Hearing Sciences with double concentrations in neuroscience of communication and speech-language pathology. This year I am the Central Illinois District Student Leader! I love to sing, especially byzantine chant. I play a lot of instruments including guitar, bass, piano, and more. I have two amazing dogs, they are my pride and joy. I am so excited to be contributing to the OCF blogs this year!

Intercede for Us! Who are the Saints?

I recently attended an amazing choral concert at a local Presbyterian church. The church was massive–vaulted ceilings, cross-shaped layout, glittering chandeliers, and a golden cross suspended from the ceiling that was probably twice my size–but most striking to me as an Orthodox visitor were the white, white, white walls on all sides. I just kept thinking, “Where is the cloud of witnesses? Where are my friends?” In a room packed to the brim with people, the church still felt empty without the saints.

There are some excellent explanations on the intercession of the saints out there (two from Abbot Tryphon here and here and another more in-depth one from Fr. Stephen Freeman here), so here’s the gist of it:

The saints are people. Real people who lived real lives with real temptations. They came from all different backgrounds and had different talents and callings in life. Some of them had a soft spots for children, others for the poor, others for the unchurched. Some of them were academics who wrote and taught beautifully, some of them opened hospitals and shelters, some were simple cooks, soldiers, and even reformed profligates. Some were royalty, others were peasants. Some were clergy, some were monastics, some were married, some had children. Many were martyred for their faith, some were exiled, and many lived to a peaceful old age. Some were raised in pious Christian families, others became Christians on their own. Some were even a little bit crazy by the world’s standards.

In short, the saints are those who, like us, worked out their salvation with fear and trembling. Like us, they struggled with the passions, but perhaps unlike us (yet), they were able to allow God’s grace to transform them completely, banishing their passions through repentance, opening their hearts through prayer, and striving to love all of creation as God loves it. By doing so, they were granted the ability–often in their own lifetimes–to manifest their synergy with God’s grace through miracles, prophecy, and healing. In coming to love God truly, they were able to have a share in God’s power and compassion, and in imitation of and cooperation with the Divine, they continue to share that power and compassion with us who are still in the midst of our own spiritual battles. The saints love us like God loves us, and they do it without losing their own particular personalities and stories.

Asking for the intercessions of the saints, then, is in a sense like calling on a pro football quarterback to coach you on passing or an Olympic gymnast to help you land a back handspring. The saints are the “pros” of prayer, repentance, charity, virtue, and love–not of their own accord, but by the grace they have been granted in their relationships with Christ. And it is often the case that particular saints become known for helping us in their particular “areas of expertise,” one could say. So St. Christopher who was a ferryman is the patron saint of travelers, St. Paraskevi who worked a miracle on the eyes of her persecutor is the patron saint of eyes, and St. Arsenios of Cappadocia who helped Christian and Muslim women alike conceive is often asked for help by childless families. It’s going to be quite the family reunion. Image from Wikimedia

For us, living a life in the Church is like growing up in a family with someone who is a pro on, well, just about everything. In any time of need, we have a spiritual relative–in the saints–to call upon to set an example for us, give us advice, and most of all pray for us to the Christ, the Lover of Mankind.

Over the next few weeks, I’d like to help you to get to know some of the saints who I think may have a soft spot for you and your struggles as college students. Stay tuned for introductions.