Why We Fast: Thy Will Be Done 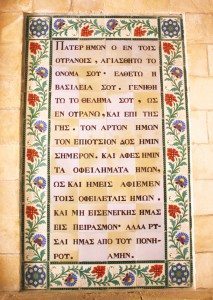 As we discussed last week, one of the principal benefits of fasting is because of the physiological and psychological benefits that a substantial and committed approach to fasting generally has upon one’s actual efforts to pray seriously. I suggested then, however, that there are other benefits of fasting that are available even for those of us who do nothing more than keep the basic fasting rules regarding what types of food may or may not be eaten on given days (although I do suggest that one not simply replace meat and dairy products with equivalent quantities of simple carbohydrates and processed food – that way diabetes lies!) In this case, the principal benefit of fasting to those who keep these rules is that of character-building, in that the practice makes one more virtuous through a habitual obedience that develops in us the more general virtue of self-restraint. Fasting, to put it bluntly, gives us practice in setting our own desires to one side for the purpose of fulfilling God’s will.

It is hard to avoid self-centeredness.

Contrary to certain romantic opinions, we do not come into the world as gentle, kindly, and self-effacing noble savages, and for good reason. As psycho-physical creatures of sense, we cannot help but see and experience the world through our own bodies and our own experiences. Whether we like it or not, the narrative of our lives is, from the very beginning, written in the first person singular, and this “situation” precedes our full exercise of reason. We must, in fact, be taught to overcome our egotism, firstly by our parents, and then by our religious faith, and this business is part of the reason for the hard work of ascetical practice. For while our moral instructors, our religious faith and, eventually, even our own fully developed adult intellect–not to mention the still, small voice of God–all call us to generalize this first person experience, and to recognize that it is neither unique nor particularly advantaged, but rather the same sort of experience shared by all of the creatures that God has made, it can be difficult, as a practical matter, to do so. We are constantly being redirected by our strongly felt emotional needs and desires to think of ourselves as the center of creation and as the benchmark by which all things are measured.

Overcoming this self-obsession, however, is vital for the spiritual life, since the egotistical attitude is both objectively false and spiritually poisonous. The world does not revolve around me. It is not oriented upon me. It does not derive its goodness, its character, or its existence from me, but from God. It is, indeed, His will and not mine that is to be done, just as we pray every day, using the prayer Jesus gave us.

In following the “fasting rules” of the Church we are, in at least one simple, clear, and deliberate way, humbly accepting and acknowledging our own peripheral place in the greater scheme of things. We are doing that which we have been asked to do by God, through his Church: setting aside our own inconsequential but strongly felt desires for delicacies, intense flavors, and full stomachs, in order to accept the simpler fare recommended to us for our spiritual benefit and for the better provisioning of others (since charitable giving, too, is part of what is enjoined upon us during the fast). We are humbly acknowledging that God’s will has a prior claim on us than our own desires and that we are, by virtue of our more limited perspective, rather poorly equipped to determine what is good for ourselves and others anyway. 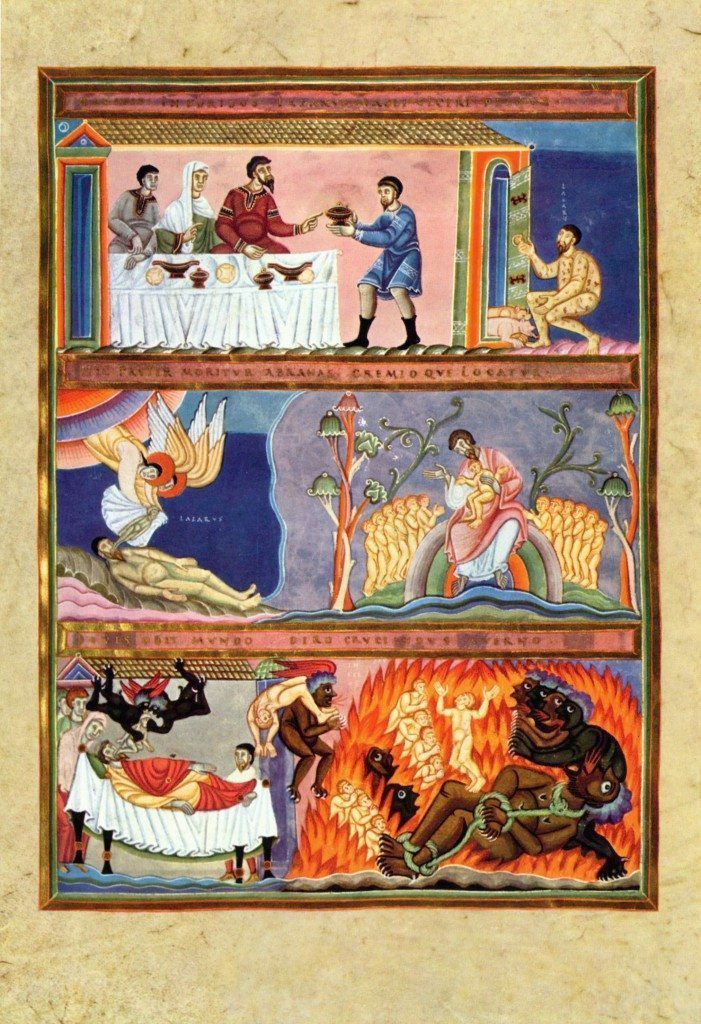 By means of such ascesis–embraced and accepted over and over again during all the other prescribed fasts of the Church–we gradually develop within ourselves the habit of unflinchingly setting aside our own irrational desires in order to do what we are asked to do by God. This creation of a space between our desires and their fulfillment–a space that enables us to consider the relevance upon the morality of our actions of God’s laws and the needs and concerns of others–is of inestimable importance in the religious life. To make moral decisions, one must develop the habit of giving oneself the time and space to decide whether or not “doing what one feels like” is actually for the best. If one cannot set aside one’s desires long enough to consider this question, then one cannot live for God or for others, and one becomes locked up into one’s own small world of self-interest. Fasting, then, is one of several ascetic practices that enable a Christian to transcend his or her own personal self-obsessions in order to enter into a world of genuine and responsible freedom, attuned to the guidance of the Holy Spirit, by which one is made “fit for every good work.”

Before I conclude, I’d like to briefly touch upon the wretched matter of “legalism” and “following rules.” There are some people, even in the Church, who act as though following rules is a Bad Thing or that living a life according to the wise precepts handed down to us by our religious tradition is somehow inferior to a more “authentic” and “spiritual” life in which we make things up as we go along, or in which we only do those things that we are commanded to do when we feel interiorly moved to do so. This way of thinking about things manifests a basic moral confusion in that it pits authenticity against obedience rather than pitting the authenticity of humility against arrogance and pride, the real sins of the Pharisees whom Christ warned us against in Scripture. Jesus did not condemn the Pharisees for following rules, but rather for feeling self-satisfied for doing so and for playing parlor games in which they used one set of rules to justify overlooking far more significant religious and ethical obligations.

As I say, I don’t have time to go into this issue at any great length, but as a thought experiment, I would like you, my reader, to try and imagine how you would feel if a parent of a two-year-old told you something like “well, yes, I feed my child every day, but only because I really want to–if I didn’t feel like feeding her it would be wrong for me to do so because it would be, like, you know, so inauthentic!” I trust the example itself makes it clear enough that there is something wrong with this way of talking and thinking. Some things–indeed, most things worth doing at all–are important enough that they should be done even when we don’t feel like doing them–and the doing so is neither blameworthy nor inauthentic. Christianity calls us to strive to bring our feelings into line with what we most seriously believe to be right and good, rather than the other way around. A spirituality that has no time for rules is, more often than not, merely an excuse for moral and spiritual laxity.

Next week, we’ll look at the last of the three advantages of fasting–that it provides us with a way of participating in a higher life, one that reflects the life of paradise, and the life that is to come.