New Podcast! “The Journey of Salvation” with Fr. Nicholas Belcher

Listen in to hear College Conference East 2016 workshop speaker Fr. Nicholas Belcher describe the Orthodox understanding of what it means to be saved and who Jesus Christ really is. 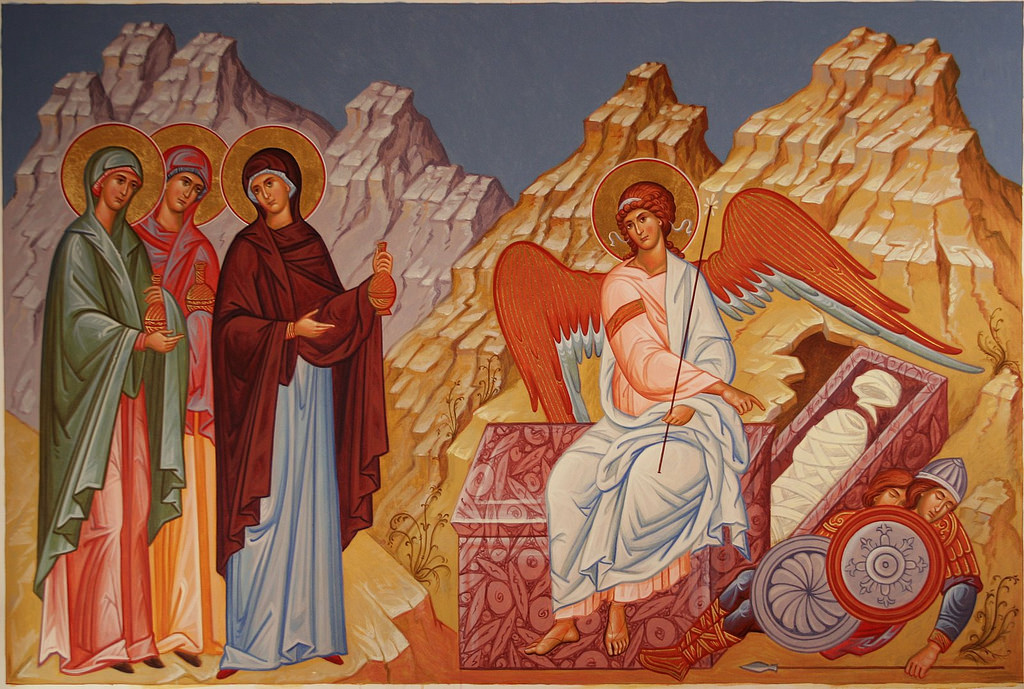 Come and See the Empty Tomb Last week, we discovered that to respond to the gift of grace, we must ask Jesus to “come and see” the sins that lie within our hearts. And that, as He did with Lazarus, Jesus will call us forth into Life.

Incredibly, the final time we find “come and see” in the gospels, it is again at a tomb. This time, it is at the Lord’s tomb that an angel tells the myrrhbearers, “come and see where He laid” (Mt 28:6). They find not a dead, rotting body, but an empty tomb. They hear from the angel, “He is risen.”

This is the final destination of each disciple of Christ–to follow Christ unto death and to be raised again with Him.

But if we have died with Christ, we believe that we shall also live with him. For we know that Christ being raised from the dead will never die again; death no longer has dominion over him. The death he died he died to sin, once for all, but the life he lives he lives to God. So you also must consider yourselves dead to sin and alive to God in Christ Jesus.  –Rm 6:8-11

Once we we have come to Christ, learned who He is, and allowed Him to see our own brokenness, we spend a lifetime crucifying the flesh and its passions (Gal 5:24) so that on the day of judgement, we, too, will rise into eternal Life. We spend our lives becoming dead to sin and alive to God.

It is not an easy path to ascend the Cross, but it is a path that Jesus walked Himself first and which we walk by His strength (Phil 4:13). It is a path which we can have confidence finds its end not in the grave but in the proclamation, “Christ is risen!”

So when we tell someone, “come and see,” I hope we mean more than come and see the artifacts of our faith, the incense and icons and liturgical movements. I hope it is more than a cop-out to having an explanation for who we are as Orthodox Christians. “Come and see” is an invitation to dwell where God dwells, to know Jesus as our Savior, to confess our sins and be healed, and ultimately, to complete the race blameless, entering into eternal Life which comes only from the One Who is risen. It’s an invitation open to all and which we are compelled to share with everyone we can.

But first, we must answer ourselves.

So come and see. Find out where the Lord lives, desire to be in His presence, bring Him your doubts, get to know Him yourself in prayer, let Him see who you really are, confess your sins to Him, and unite yourself to His death and resurrection. Become a disciple of Jesus Christ. Come, dear ones. Come and see. 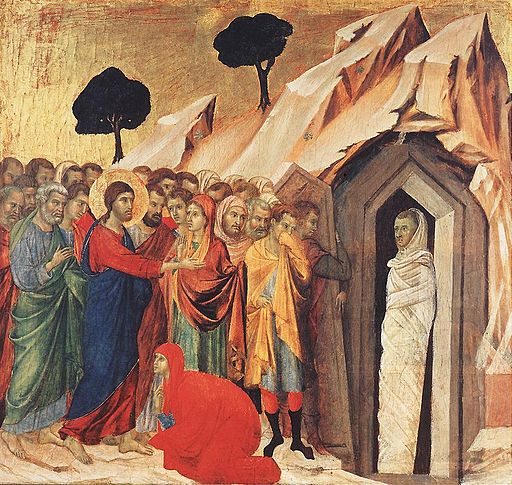 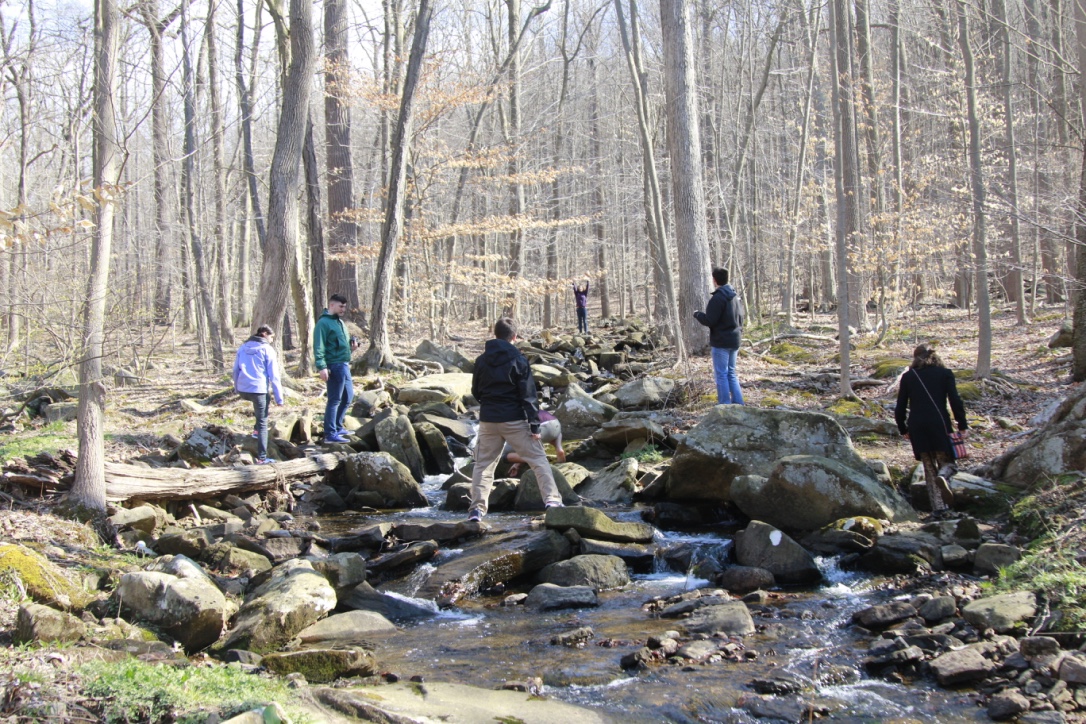 What do Adam and Eve in Paradise, Global Climate Change, and Great Lent have in common? … Trees. And that’s how our weekend began.

Recently, the OCF at the County College of Morris, a newly chartered OCF chapter, hosted their first Pan-Orthodox OCF/Young Adult Weekend Retreat around the topic of Living in God’s Creation. The weekend was filled with fellowship, worship, learning, and stream wading. OCFers from different areas of NJ and out of state gathered together to learn about how to live in the world as God’s Creation. Like ourselves, all of creation is sanctified by its relationship to God. Dr. Elizabeth Theokritoff, the keynote speaker and author of Living in God’s Creation: Orthodox Perspectives on Ecology, had everyone explore the depth of Creation in relationship to its Creator and challenged every student to serve other creatures, animate and inanimate, the way that Christ serves us. Dr. Elizabeth said that from every tree we are supposed to pick the same fruit: God. In a world that is riddled by the problems of global climate change and has an increasing awareness of how we as humans are treating the earth, we were reminded that Christ calls us to “love our neighbors as ourselves,” while with the same love of neighbor we must keep in mind that what and how much we are using is impacting someone else. “Turning the lights on isn’t a sin, but our actions reflect Creation as whole,” we were reminded by Dr. Theokritoff. We are called to be stewards of Creation, to view and use the resources of the world around us in awe; as the Creation of God. Elder Aimilianos challenges us “to do every task as if preparing for Holy Communion.” The Eucharist means thanksgiving and thankfulness in everything, which is the opposite of extravagance and waste. Next time you turn on the lights or the faucet or pick a red, ripe strawberry, offer the purposeful creation up to God and thank Him for everything we have been given to use, with a sustainable heart of offering and doxology. Spyridoula Fotinis is a freshmen at the County College of Morris, studying International Studies. She was instrumental in starting the OCF on campus, which is flourishing and attended by people of all Faiths, even those who do not adhere to a Faith. She loves seeing the love of Christ at work on her campus and in every person around her.