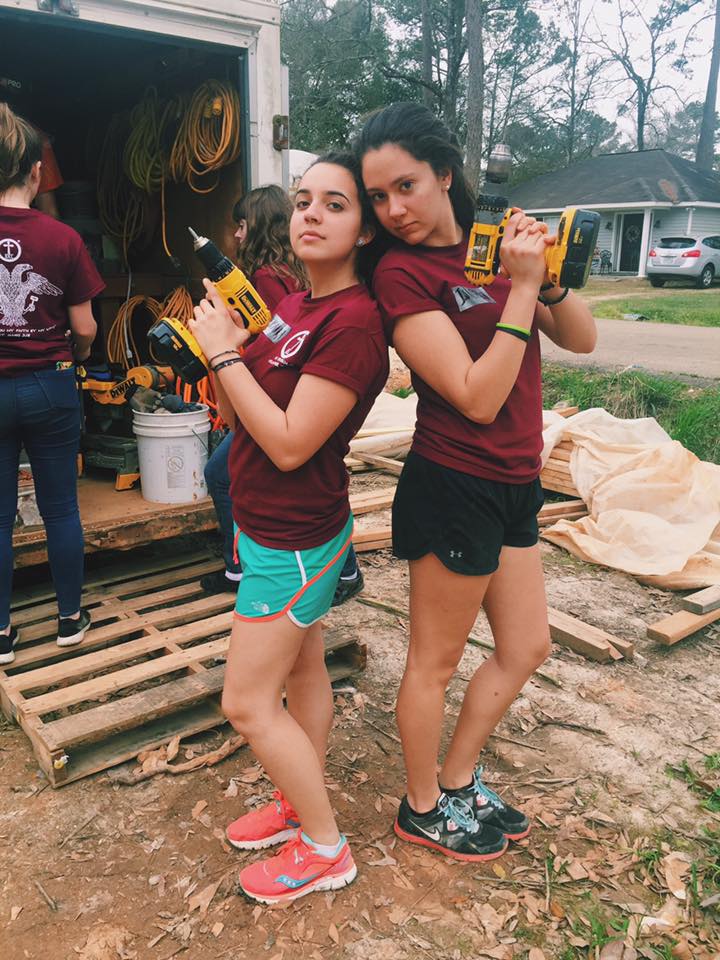 As a junior in college, I knew firsthand what it meant to be a stressed student. My classes were getting harder, the future was up in the air, and I felt further from my faith than ever. With the typical college distractions of friends, relationships, social outings, and overall societal pressure, it is often easy to feel sidetracked from keeping God the main reason for everything.

As I embarked on my first Real Break trip, I was not too sure what my expectations should be. I just knew I wanted to come back with a re-focus on God, and for that trip, I will be forever grateful to OCF for Real Break because it more than exceeded my expectations.

The Real Break New Orleans trip is a partnership with International Orthodox Christian Charities (IOCC) to help re-build houses lost during Hurricane Katrina. I thought I knew how tragic Hurricane Katrina was from the media, but I did not expect the chills sent down my spine when we saw it all firsthand. Almost twelve years later, houses are still dilapidated and families are still displaced.

The amount of pain that this city endured is apparent on almost every corner of the neighborhoods that were hit the hardest. It’s been so long, yet my heart was still breaking for this catastrophe. I never want to know what it means to have your entire livelihood and loved ones taken from you in a matter of hours, yet too many residents of New Orleans in 2005 knew this feeling. For almost an entire week, we worked with Habitat for Humanity to re-build two houses for families with children. It was perhaps some of the most fulfilling days of my college experience. The stories behind the families that were about to live in these houses were absolutely heart-wrenching, and to know that our manual labor could help them even just a little bit, put smiles on our faces. Along with working on the houses, we had cultural immersion experiences in which we visited an exhibit that broke down every minute of the days of torture on the city during the hurricane.

Perhaps the most defining moment of our trip was a night of visiting a local Orthodox parish. The hurricane caused the entire church to flood almost up to four feet. When the priest finally opened the doors days later, an icon of the Virgin Mary floated towards the doors first, the front completely unstained. It was inexplicable, and close to impossible. It is miracles like this that make us realize the glory of God is so much greater than we will ever begin to comprehend.

That night, on the van ride back to where we were staying, we all were quiet and speechless trying to understand the story we had just heard. We began to sing “Down to the River to Pray,” and the camaraderie of that environment was a moment I’ll never forget. There is something so glorious about having your best friends surrounding you as the night comes to a close, forgetting about all else, that makes you feel like Jesus is sitting right next to you. The smile on my face was so big in that moment, and I’ll never forget what it felt like to have all I needed right next to me.

After our trip and our return to reality, I learned that no one else in my life mattered as much as God does. He is my reason for everything, and His plans are so much greater than I will ever know. So all we can do is treat others with respect and kindness, because moments like Hurricane Katrina really put into perspective how precious every minute is. If you have the opportunity for a Real Break trip–do it. Go with all your heart, and the biggest smile, and treat others during your experience the way God would want. I promise you, you will be changed and your heart will thank you. A dog lover and wanderlust traveler, Isabella is currently a senior Levine Scholar at the University of North Carolina at Charlotte. She started her university’s OCF chapter three years ago, and now has 50 OCF members who are as close as family. When she’s not behind her Nikon, or volunteering at Ryan Seacrest Studios at Levine Children’s Hospital, she’s working as the Public Relations Student Leader for the OCF national Student Leadership Board.