The Lesson of Sadness 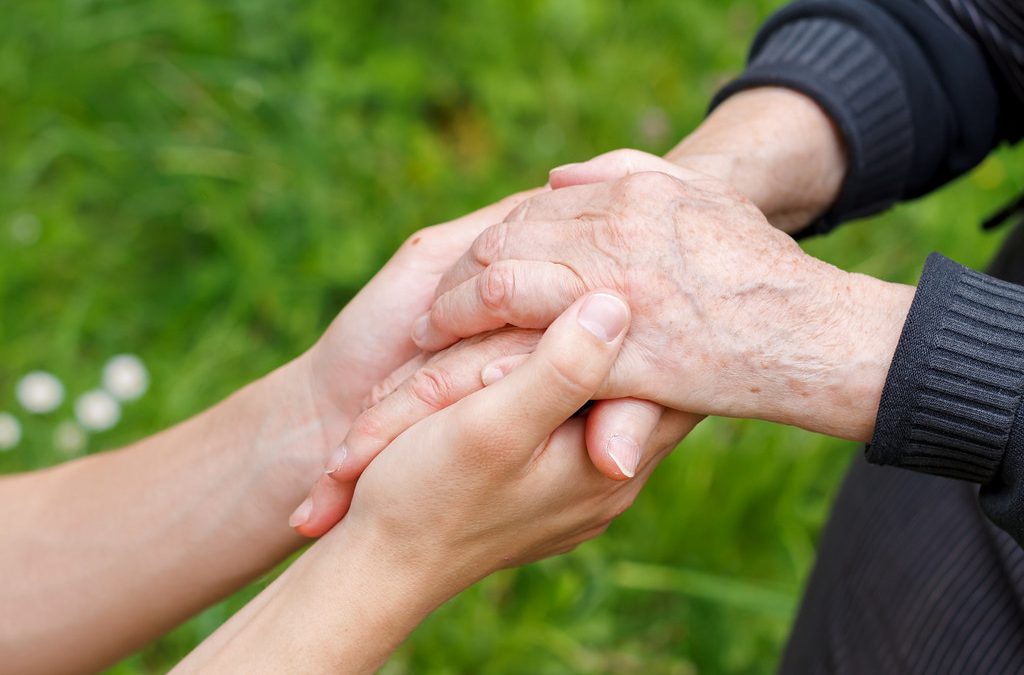 In season 2 of NBC’s The Good Place, the character Michael (who is an immortal being) learns about the human concept of death. His sudden grasp of the concept throws him into an existential crisis, until the protagonist of the show, Eleanor Shellstrop, intervenes. “I don’t know if what I’m going to say is going to hurt or help, but screw it,” she says to him. “Do you know what’s really happening right now? You’re learning what it’s like to be human. All humans are aware of death. So, we’re all a little bit sad, all the time. That’s just the deal.”

“Well yeah, it is. But we don’t get offered any other ones,” Eleanor continues. “And if you try to ignore your sadness, it just ends up leaking out of you anyway. I’ve been there. Everybody’s been there. So, don’t fight it.”

I’m an avid binger of The Good Place, and this particular moment in the show is most definitely the one that’s had the most impact on me. Just the simple concept of “we’re all a little bit sad, all the time” is such an accurate description of human nature. It’s true that our lives are filled with that perpetual sense of sadness and anxiety that stems from the notion of death, whether that be the fear of death, the presence of death, or the death of something we hold dear to our hearts. Life is filled with death: the death of loved ones, the death of specific times and eras, the death of childhood, of innocence, of love, and of relationships. Death can be seen in many different forms, and all of the various manifestations of death are difficult in their own unique way.

Currently, I’m dealing with the death of a specific time and era. I recently moved from Illinois to Colorado for college, which meant I had to leave behind my family, my friends, and my boyfriend. My boyfriend and I are now in a long-distance relationship, and one thing I’ve noticed throughout the week we’ve been apart is that his absence has settled into me in the form of a perpetual ache. I’m enjoying my new classes and my new environment, but that constant little ache is something that most likely won’t leave. This means that I need to learn how to integrate that ache into my life.

That idea of accepting sadness as embedded into daily human life isn’t just something talked about on The Good Place. It’s also an idea that’s very well-articulated in Orthodox Christianity, specifically, when it comes to depression. When I was depressed during my junior year, I wasn’t very open to Orthodox Christianity. I was more or less agnostic: constantly wrestling with religion and unable to produce or find answers to satisfy myself. Because of this, I was trying my hardest to find comfort and solace in what the secular world was providing for me. I followed advice pages on Instagram, I looked through self-help books and blogs, and I watched a myriad of YouTube videos. They were often very helpful, and provided me with a few techniques for combating negative thoughts and feelings that I still use today. However, there was one common theme among them all. They all seemed to point me towards superficial solutions, such as talking to friends or practicing self-care. An idea that was fairly common in the secular ideology was that sadness was bad and that we shouldn’t feel sad because we have the right to be happy. I was bombarded with the impression that I should constantly be doing things that would take away the sadness; I should be filling my life with things that made me feel warm, fuzzy, and happy. This brought me into a very toxic mindset where I would indignantly ask myself why on earth I couldn’t be happy if I, in fact, deserved happiness and where my sadness seemed isolating and ostracizing because I thought that I was “supposed to be happy.” I felt like the world was against me; It seemed like everything was unfair because I didn’t feel the way I wanted to feel.

Secular western culture is very focused on individualism. We see this in our career paths: children are more likely to leave their parents and family in order to follow their own personal vocation than they would be in other cultures or in past eras. We see this in our concepts of entertainment: we are more likely to focus on what we prefer to do in our free time rather than what our families want to do. This idea of individualism is also very evident through the secular view on depression. Basically, we are told that if we do not feel happy and fulfilled in our individual lives, there is something wrong. We are bogged down with the concept of personal fulfillment, and we are constantly trying to obtain it in any way we can. We spend time in toxic habits, such as chronic partying, drinking, or drug use because it makes us feel good which we believe is how we’re supposed to feel.

You may wonder where I’m going with this. When I was in my state of depression, I went to a Greek Orthodox monastery with my sister to see if it would make me feel better. During this time, I was having difficulty sitting in church because church services were something that made me anxious and upset, particularly because of the never-ending pressure I received from my church community to combat my depression with prayer along with the ongoing criticism I faced because of my perpetual religious doubt. So, while my sister attended Vespers, I wandered around the empty monastery until I found an interesting book in the bookstore. I don’t remember what it was called, but I know that the book was about the Orthodox perspective on depression. Though the Orthodox Church was, at the time, something I was really struggling with, I was searching for answers in any place I could get them. So, I began to read.

The book mentioned something that I had never heard before: humans are supposed to be sad. We are supposed to be a little bit sad, all the time, just like Eleanor Shellstrop said. And just like the quote in The Good Place, masked sadness will always find a way to leak out. The book was a little more in depth than The Good Place, however. It talked about how humans are, because of the fall, separated from God. And with that separation comes death, and with the realization of death comes the reality that we are meant to be a little bit sad all of the time. During that night of reading, I learned that the first step to conquering depression is to realize that, as humans, we aren’t supposed to be happy all the time. But at the same time, we aren’t supposed to let the reality of death bog us down. Instead, we are called to find a way to mingle that very human sadness with the divine joy of eternal life. We are supposed to learn how to be hopeful and filled with joy while simultaneously recognizing the ever-present ache that settles inside us. The idea that sadness shouldn’t be constantly ignored or shut down is a concept that I still hold very near and dear to my heart.

So how does this relate to long-distance relationships? Well, I haven’t been in a long distance relationship for long, but it’s my experience that the pain of separation shows up as a constant ache. It’s sort of a dull roar, if you will, of sadness that is manageable but always present. But I know that that kind of ache isn’t something that’s bad or unnatural. It isn’t something I’m supposed to get rid of. Rather, it’s a good lesson on what being human is really like. It’s just a part of the ache we all feel in being separated from (or, if you’ll allow me the comparison, in a long-distance relationship with) God. We are all aware of death in its many different forms. Because of this awareness, we are all a little bit sad, all the time. And maybe that’s not wrong. Maybe that’s not something we should suppress or ignore. Our sadness, no matter the source, is just a manifestation of our humanity. Humanity is bittersweet and ambiguous, and pain and sadness are realities that are hard to accept. But we are called to unify our sadness and our joy, and ignoring the sadness is like ignoring an aspect of our humanity. As Eleanor Shellstrop says: “I’ve been there. Everybody’s been there. So, don’t fight it.” My name is Alison Standish. I grew up in Aurora Illinois, but I am currently in my freshman year at Colorado Mesa University in Grand Junction, Colorado. I am pursuing a major in Mass Communications, and I hope to eventually have a career where I can tell stories for a living. Some of my favorite things include: writing, reading, listening to music, longboarding, and spending as much time as I possibly can exploring the outdoors.